The daughter of Shahid Kapoor and Mira Rajput, Misha Kapoor, turned 5 years old last month. Mira made sure her rainbow-themed birthday party was colorful in every way, with balloons, cakes, and broadcast kits.

Sharing pictures from the birthday bash on her Instagram handle, Mira wrote, “This year M’s birthday was all about the rainbow, bright colors, and less complicated decor! Last year I was super excited to be a DIY party planner. Two birthdays and a year later, all I can think of is arriving at the birthday like a guest!” For food, Mira had laid out paper straws, disposable plates, cups, forks, and spoons. There was also some chinaware for the adults, at the main table. The number 5 was pasted at the front in yellow color. There was also cake, which was decorated in red, yellow, green, and blue. 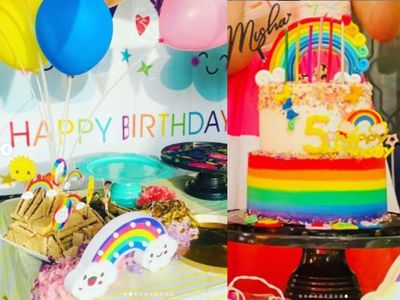 Mira also mentions that on Misha’s fifth birthday, she reduced the decorations and chose lamps that could be used later. She wrote, “I reduced the decor fuzz and switched it with fun lights instead that were easier to handle and use in many ways (and later too).”

There were framed photos of Misha with Shahid and Mira on the table. Mira did not share any photo of Misha in her post. “I’d love to know how you all are celebrating kiddie birthdays cause I am ready to retire and I have another one in 4 days,” Mira added, referring to her son Zain, who was on September 5, 2018. 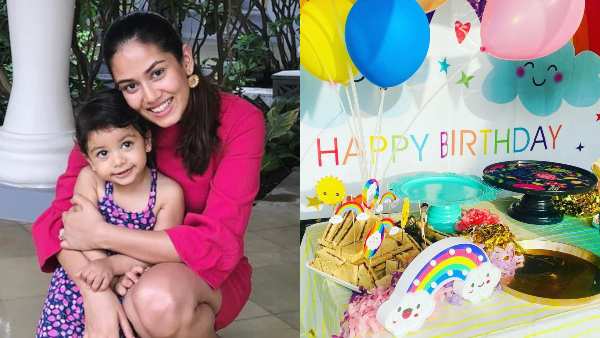 Mira and Shahid got married in 2015, the couple welcomed Misha in 2016, and their second son, Zain Kapoor, was born in 2018. On the work front, Shahid is awaiting the release of his film Jersey, which is the Hindi adaptation of a Telugu film of the same name. He will also be seen in a web series by Raj and DK of The Family Man fame.