It is definitely a proud moment for the Kangana Ranaut’s family as the actress has received the country’s fourth-highest civilian honour. On Monday, the actress attended the ceremony which was held at the Rashtrapati Bhavan in Delhi. Kangana was among the 61 Padma Shri awardees that were presented with the award by President of the country, Ram Nath Kovind. 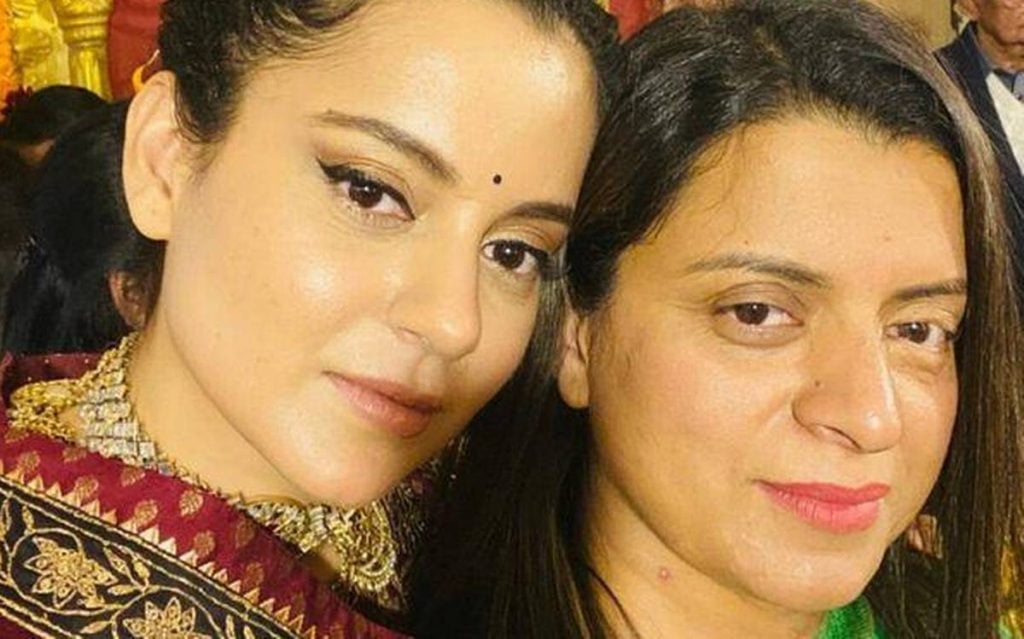 Kangana was accompanied by her sister Rangoli Chandel to attend the award ceremony. Later, the actress’s sister took her Instagram handle to express her feelings after Kangana received the Padma Shri Award. “My sister @kanganaranaut!!! How lucky I am to say this! Feeling so proud and happy even words falling short to explain!!! May Maa Ambika keep showering her blessings on you,” wrote Rangoli Chandel.

The Manikarnika actress also took to her social media handles to express her feelings on receiving the country’s fourth highest civilian award. “for being a model citizen” of India. “As an artist, I have received many awards, love and acknowledgment but today I have received an award for being a model citizen from this country, this government. I’m grateful,” she said in a video posted on her official Instagram page.

Kangana continued further and added, “When I started working at a young age, I didn’t achieve success until 8-10 years into my career. I didn’t enjoy my success. I turned down offers to endorse fairness products, boycotted item numbers, rejected working in big hero films and with big production houses,” Ranaut, known for films like “Queen”, “Tanu Weds Manu” franchise and this year’s “Thalaivi”, added.

The actor-producer, who is known for her provocative statements, said receiving “this honour will shut the mouths of many people” who often ask her why she concerns herself with matters of national importance.

“I made more enemies than money. When I became more aware of national matters, I raised my voice against any power that threatens the country…” she said, adding she had lost count of how many legal cases she is currently embroiled in.