Megan have ‘been lucky’ with Daughter Lili; says Prince Harry.

Prince Harry and Megan Markle brought a baby girl named Lilibet ‘Lili’ Diana Mountbatten Windson to this world in June this year. The couple is very happy & cherishing their second parenthood phase at its peak. In a recent talk with Ed Sheeran who also got the taste of fatherhood in August 2020, Harry revealed that he and his wife Megan have “been lucky” as of now with princess Lili. He even said that she is ‘very chilled’ in comparison to their son Archie who run around like ‘crazy’. 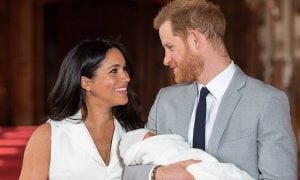 After welcoming baby Lili, a very official statement was released on the Archwell Foundation website that announced, “Lili was born on Friday, June 4 at 11:40 am in the trusted care of the doctors and staff at Santa Barbara Cottage Hospital in California. She weighed 7lbs 11oz. Both mother and child are healthy & well, and are setting in at home”. Royal Enough? 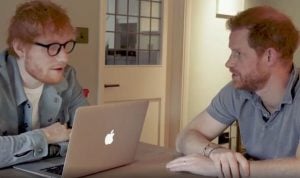 In conversation with Ed, Harry also said “Two is definitely a juggle”, seems like someone is enjoying fatherhood! Giving fans a little update on baby Lili, he quoted, “We’ve been lucky so far, she’s very chilled and seems happy to just sit there while Archie is running around like crazy”. Isn’t that so cute!! 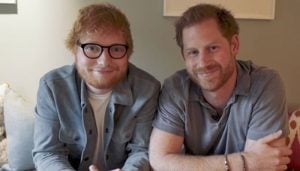 Some reports state that the former Dutch and Dutchess of Sussex’s daughter Lilibet Diana has been named after the baby’s great-grandmother and Queen Elizabeth II while her middle name ‘Diana’ is in honor of her Late Grandmother The Princess of Wales.