Kiara Advani And Sidharth Malhotra’s On Screen Kiss In Shershaah Was A ‘Creative Input’? Here’s What The Actor Revealed

Kiara Advani and Sidharth Malhotra is one of the most talked-about couples in the Bollywood industry. However, none of them have come out in open and accepted their relationship but their fans and followers are quite certain that there is something special cooking up between them. Both the stars have recently worked in a blockbuster movie Shershaah which is a biopic of Kargil war hero Captain Vikram Batra. 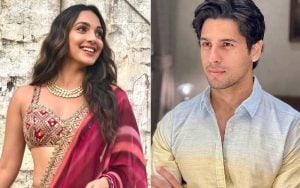 Although, the real-life story of cpt. Batra and his girlfriend Dimple Cheema won the hearts of the people but it was the on-screen chemistry between Kiara Advani and Sidharth Malhotra that bought life to the characters they were portraying. 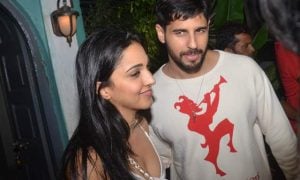 During the promotions of the film, the duo reached on the sets of Kapil Sharma’s show which is a chat cum comedy show. While talking about the movie, Kapil being the best comedian was keen to know if the kissing scene in the movie between the lead pair was scripted or was a ‘creative input?’. To this, actor Sidharth Malhotra was quick to respond and said that “90% of what happened in Captain Vikram Batra’s life was shown in the movie,” to this, Kapil immediately added and asked, “what about the other 10 percent?” Sidharth replied, “no, we did everything for the characters in the film. We had to do it with great difficulty. We were forced,” he said.