Raqesh Bapat, Shamita Shetty Make Their Relationship Official On Instagram With A Love-Filled Photo, Check It Out

Raqesh Bapat and Shamita Shetty had a romantic dinner in Mumbai on Friday. The Bigg Boss OTT connection was clicked when she arrived at Bollywood actress Shilpa Shetty’s Bastian restaurant, Shamita’s older sister. The duo smiled when they greeted the paparazzi there. Shamita was stunned in a nude coord ensemble that she paired with stilettos and minimal makeup, while Raqesh looked dapper in a black shirt and blue denim. The two also posed together for the paparazzi. Raqesh and Shamita first met at Bigg Boss OTT House.

Shamita had chosen Raqesh as her connection at the big premiere of Bigg Boss OTT. Raqesh also took to her Instagram story to share a romantic photo of her dinner. The photo shows Shamita holding Raqesh’s hand on the dining room table.

Raqesh captioned the picture as, “U and I,” along with a red heart emoji and the hashtag “ShaRa.” Her fans affectionately call her ShaRa. While on the digital reality show, Raqesh and Shamita gained a lot of attention due to their growing closeness and soft romance. They even admitted to having feelings for each other on the show. 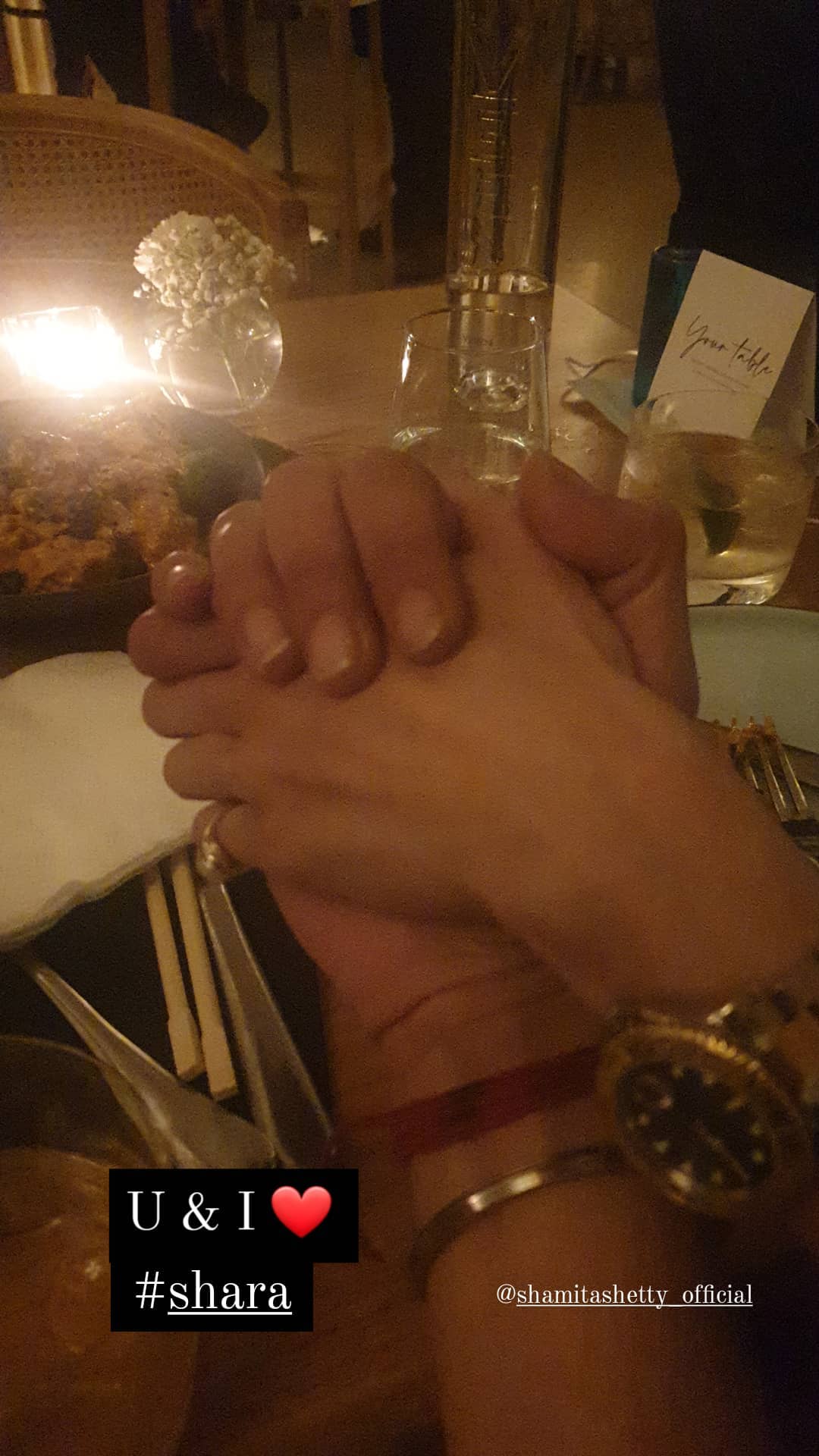 Raqesh was earlier married to Ridhi Dogra for eight years before they parted ways amicably in 2019. They are still on good terms with each other. Both Raqesh and Ridhi had released a joint statement announcing their separation that read, “Yes, we are living separately… We are two best friends who may not be a couple anymore.”