Ace director and producer Karan Johar is quite active on his social media accounts. The filmmaker keeps sharing quirky and funny videos of himself and his little munchkins Yash and Roohi. In the latest video uploaded by Karan, Yash and Roohi could be seen having a funny conversation with their father while munching on biscuits. 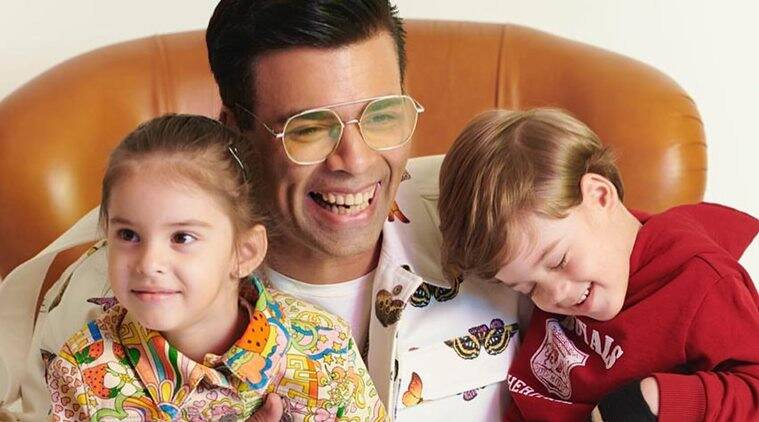 In the video, the owner of Dharma productions could be heard asking his kids about the weather and their morning. To this, Karan’s son Yash responds that ‘it’s sunny but with a little could’. He further adds that ‘It’s raining but with a cherry on top’. After this Karan could be heard teasing his son by saying ‘you are a very bad weatherman, dear sir’.

Karan then pans the camera to his daughter and asks her if she would like to say anything about the weather. Roohi then says that ‘It’s sunny today’. Karan then jokingly gets irritated and says ‘Yash is saying it’s raining; you are saying it’s sunny. You both are useless weather reporters’.

Yash also added in the video that Karan should gaggle and spit in the bathroom. To this Karan replies that he is a very dutiful man and always spits in the bathroom and not anywhere else. The video ends with the three laughing and giggling at the end.

Meanwhile, Karan Johar was recently trolled for launching Shanaya Kapoor. People got irritated and asked him to stop repeating the same old formula and introducing star kids. For the unversed, Shanaya Kapoor will be making her debut with Dharma production’s ‘Bedhadak’.