Kangana Ranaut is known for her unfiltered attitude and her bold statements. The ‘Queen’ of the Bollywood industry never shies away from sharing her viewpoints. Her recent appearance at ‘The Kapil Sharma Show’ was filled with a lot of controversial revelations about the industry. at some point, the actress also mimicked Ananya Panday and indirectly called her a Bollywood bimbo. 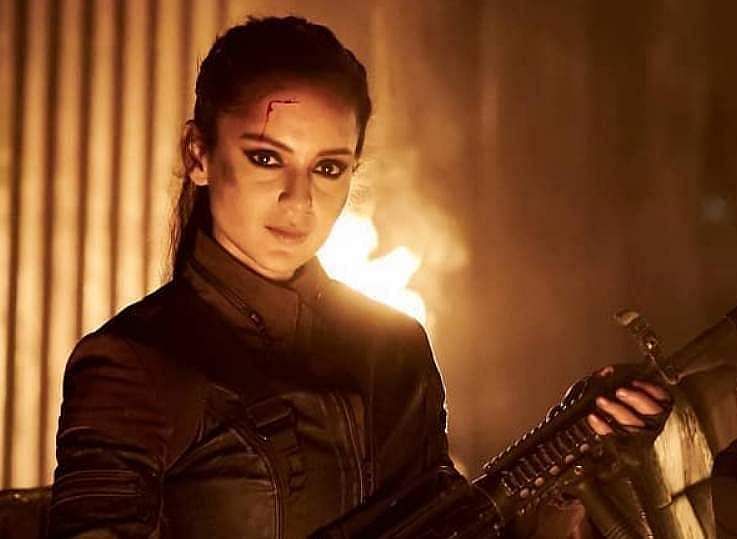 The actress had come on the show to promote her film ‘Dhakad’. She came along with the star cast of her upcoming film Arjun Rampal, Divya Dutta and Sharib Hashmi, and director Razneesh Ghai.

For the unversed, Ananya Panday had once appeared on the show to promote her film and she was asked about her hidden talent. To this, she replied and said ‘I can touch my tongue to my nose and showed how she does it. Kangana on the recent episode recalled the same episode of Kapil Sharma Show. When the comedian asked her ‘what is a Bollywood bimbo’ she responded by saying those who say “I can touch my tongue to my nose” are Bolly bimbos. The actress also tried touching her tongue to her nose exactly like Ananya Panday.

Earl;ier, Kangana had also opened about how people in the industry are scared of getting boycotted. She revealed that senior actor Amitabh Bachchan twitted the trailer of her film but later deleted it. Kangana said that an actor of that stature is posted and deleted her trailer who can pressurize him don’t know.

On the work front, Kangana is currently promoting her film ‘Dhaakad’. Apart from this the actress also has many interesting projects in her kitty including Tejas.