As part of the preparations for a possible third wave of COVID 19, which according to experts, will be catastrophic for children, Bollywood actor Huma Qureshi has collaborated with Save the Children Foundation to set up a 30 bed pediatric ward in Delhi. Child specific needs have been at the core of this new initiative called Breath of Life. Special measures are being taken to ensure that the ward is as pleasant and child friendly as possible, because that facilitates quick recovery. The actor, along with the staff of Save the Children Foundation, recently visited the Tilak Nagar Colony Hospital in Delhi to review the progress of their initiative. During her visit, she also met Commissioner Gyanaesh Bharti and Additional Commissioner Randhir Sahay of the South Delhi Municipal Corporation, who thanked her for her contribution 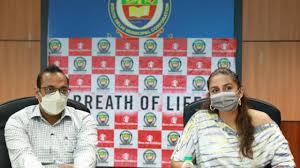 When authorities in Delhi were struggling to meet the demands for beds and oxygen cylinders during the devastating second wave, the actor stepped forward to help set up a 100 – bed COVID Care Facility in the city, as part of her Breath of Life initiative. In order to prevent the situation from worsening beyond control, a 30 – bed pediatric ward, along with a pediatric and neonatal ICU, is being added to this facility itself. On the professional front, Huma has been receiving praises for her exemplary performance in the web series Maharani. She also appeared in Army of the Dead, which happens to be her first ever Hollywood film. 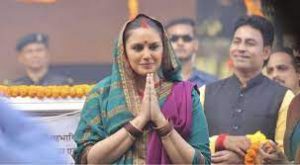