Shah Rukh Khan to feature in a Music Video

Bollywood megastar Shah Rukh Khan is all set to return to the screens with a music video. Fans have been eagerly waiting for SRK to end his hiatus from films and to their delight, the actor has reportedly collaborated for a project with the leading hair color brand, Streax and was recently spotted at a studio in Mumbai. SRK and Streax have announced a partnership to launch a campaign that would inspire men to be as confident and charming as King Khan himself. The song video is part of the same brand campaign. The actor will be seen in an absolutely new avatar while treating his fans with some of his signature moves. 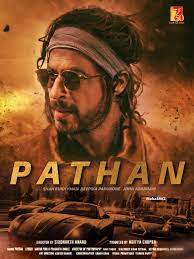 As far as the long list of his awaited releases are concerned, SRK has been busy shooting for Pathan, ever since the lockdown norms were relaxed. It is said to be an action entertainer, with Khan essaying the titular role in the movie. The film will also feature John Abraham as the main antagonist and Deepika Padukone as the female lead. Apart from this, SRK has also been approached by filmmakers Raj and Krishna DK for a comedy action thriller. There have been rumours that the actor is also planning to collaborate with Rajkumar Hirani.