“His Discipline Is Beyond Brilliant,” Says Alia Bhatt For Hubby Ranbir Kapoor: Deets Inside!!!

The cutest and most popular couple right now, Ranbir Kapoor and Alia Bhatt have been trending, by all means, every single day. No single day passes when we don’t get to hear something or the else about them. Yesterday, mommy-to-be Alia Bhatt, had a sawaal-jawab session on her Instagram handle. Netizens asked her questions related to her upcoming films,  Bhrahmastra, and Darlings and she replied to the questions with a picture related to the question on the backdrop. 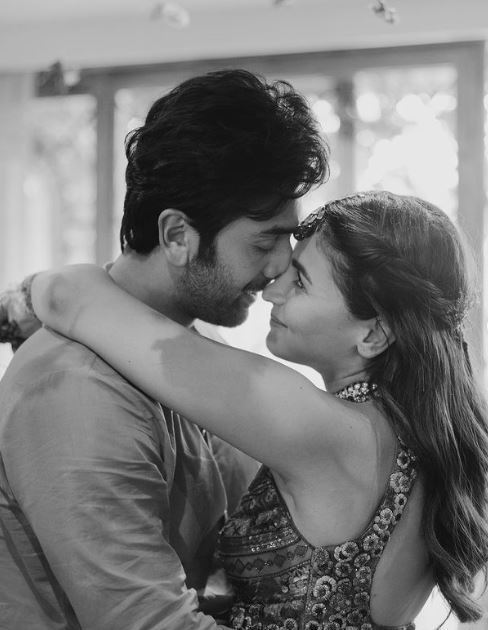 A fan asked Alia, “Best trait of Ranbir Kapoor as a co-star?” Alia replied to this question with a picture of Ranbir showing a heart sign with his hands laying on the grass. The actress wrote, “Ranbir is the easiest person to work with! He’s so punctual! He’s so giving as an actor! He never leaves the set! His discipline is beyond brilliant!!!” 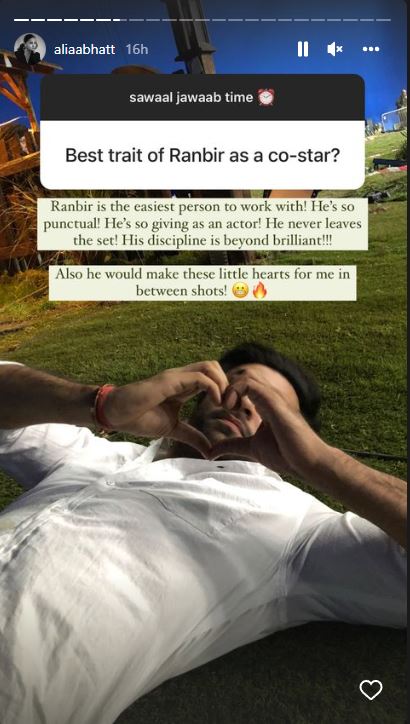 “Also he would make these little hearts between shots!!!” the dearest wife added appreciating her hubby.

She was also asked what made her choose Darlings and she confidently replied saying, “Script!! Script!! and only Script!!” Fans also shared their desire of listening to Alia Bhatt’s unplugged version of Kesariya song from the movie Bhrahmastra to which she tagged Ayan Mukherji and Pritam Da and wrote, “Are you listening??”

She was also asked to share some BTS of both of her upcoming films and she shared pictures of herself and the team.

Alia Bhatt and Ranbir got married just a few months back and the couple announced their first pregnancy just weeks ago. The 29-year-old actress is currently busy promoting her film Darlings alongside Vijay Varma and Shefali Shah. She is also promoting her first film with her husband Ranbir Kapoor, Bhahmastra which is set to be released on September 9. 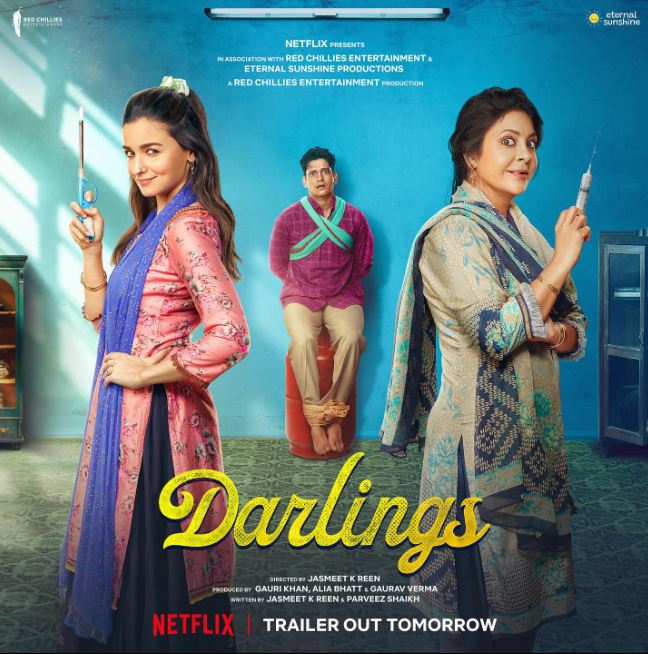 By the end of 2022, Alia will be seen in Rocky and Rani ki Prem Kahaani with co-star Ranveer Singh which is helmed by Karan Johar. She recently wrapped up her shoot and her Channa Mereya dance went viral after she bid farewell to the team of RRKPK. In 2023, she will be seen in Jee Le Zara alongside Priyanka Chopra Jonas and Katrina Kaif which is directed by Farhan Akhtar.