Farhan Akhtar’s Girlfriend Shibani Dandekar Gets His Name Tattooed On Her Neck; Deets Inside

Bollywood is not just about glitz and glamour, it’s more than that and sometimes you often find love stories that can give couple goals. One such adorable love story to get envy off is actor, director, musician Farhan Akhtar and actress, and host Shibani Dandekar. The couple has been in a relationship for quite a long time now and is going strong. Unlike most of the celebrities, the two have never shied away from displaying their love for each other on social media platforms and have often posted pictures from their dinner dates to family get together. 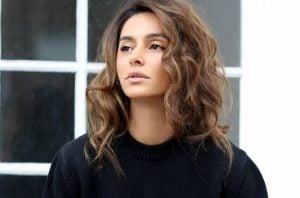 Recently on her birthday, Shibani decided to spend the day with her one and only beau Farhan Akhtar, and also went ahead and got a tattoo of his name on her neck. The singer took to her Instagram handle and shared the picture of her tattoo with her fans and followers. In the picture posted by Shibani, she has clearly focused to share glimpses of the tattoo on her neck. The tattoo has ‘Farhan’ inked over Shibani’s neck in a stylish font. Shibani captioned the post and wrote, “Inked by the best.” She also got one more tattoo inked on her hand,” she wrote. 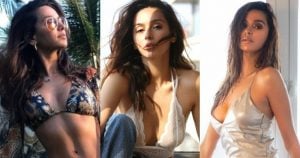 Shibani had recently opened about her marriage plans in an interview, “Earlier this month, Shibani had addressed rumours about her impending wedding with Farhan while speaking with Bollywood Bubble and said, “Everybody is asking me that question. Honestly, the topic has not come up, but I have told people that I will figure it out and let you know. As of now, there’s nothing to it yet,” she said.