Bollywood actor, Farhan Akhtar and his longtime girlfriend, Shibani Dandekar’s first picture from their Christian wedding is going viral. Director-Actor of Bollywood Farhan Akhtar is all set to join the wedding bandwagon by tying the knot with his ladylove, Shibani Dandekar. They had dated for 3 years, and now they are going to tie the knot. Their wedding news has become center of the attention, and pictures and videos from their functions are going viral on social media. 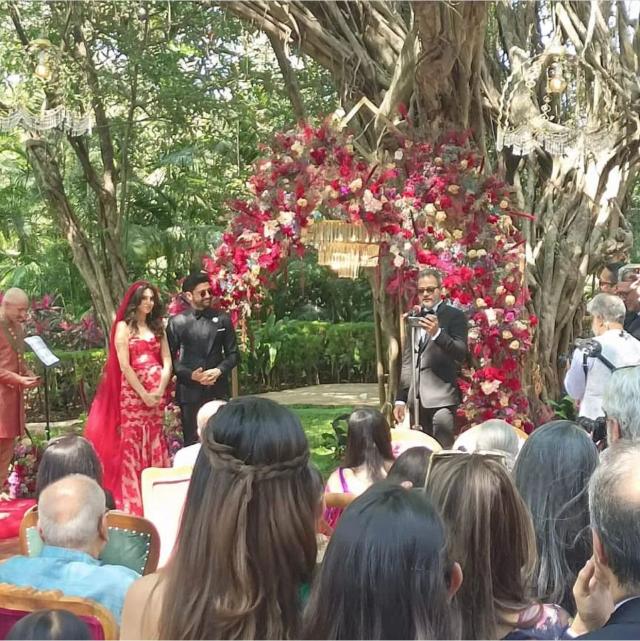 On February 17, 2022, Farhan and Shibani had organised mehendi and haldi functions. Earlier, the actor Farhan was married to Adhuna Bhabani and after their divorce; they co-parented their kids, Akira and Shakya. Even, Shibani also has an adorable bonding with his children. A few moments back, the first picture of Farhan Akhtar and Shibani Dandekar from their wedding ceremony, which is going viral on social media platforms. 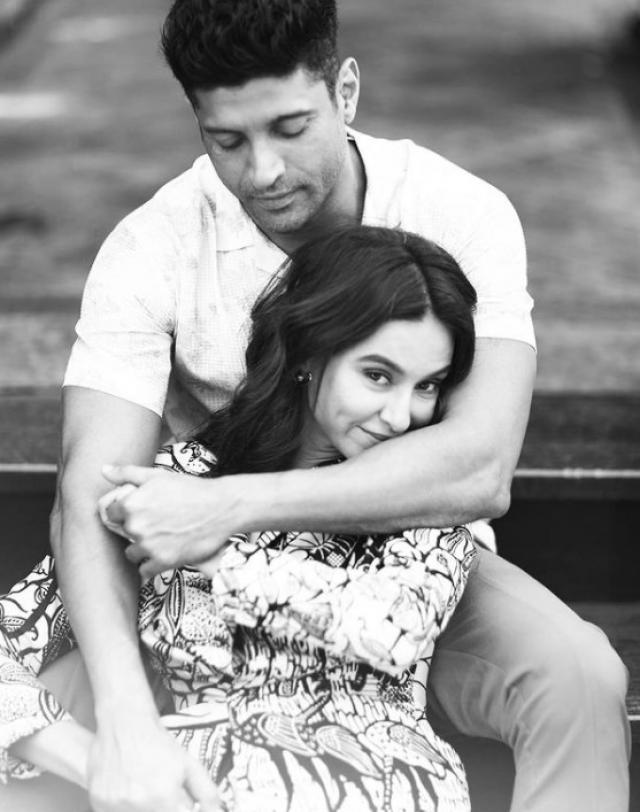 In the pictures of the wedding, the couples are having a Christian wedding, as in the picture there’s an officiator and the bride and groom looked completely outstanding in their wedding outfits. Shibani donned a red and pink tulle dress with a red-coloured, on the contrary, Farhan looked dashing in an all-black tuxedo suit. 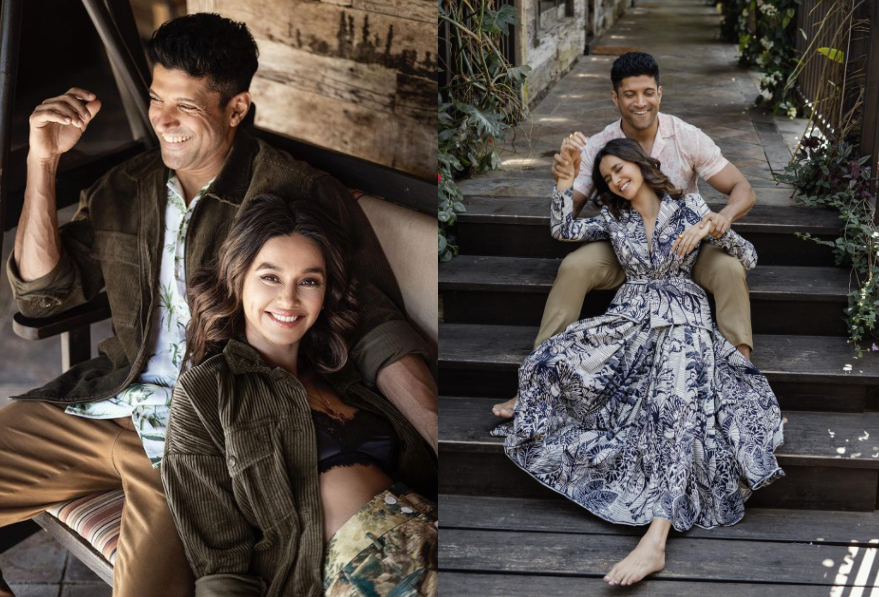 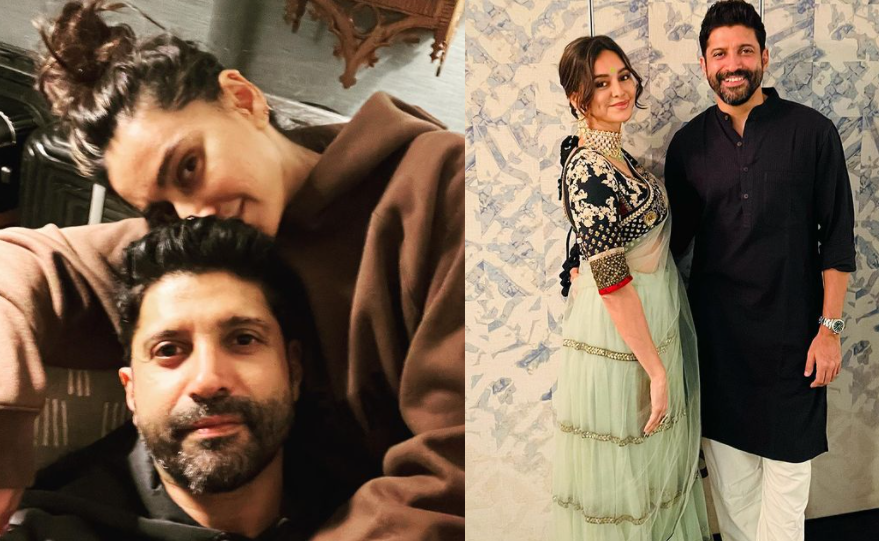 A few hours back, Shibani Dandekar, had shared a post on her Instagram stories and had shared a glimpse of her wedding red coloured shoes. Shibani had given a showing off her red wedding from pump heels the brand, Aquazzura. Along with the picture, Shibani had expressed her excitement of entering a new journey of her life and had written: “Let’s do this.” 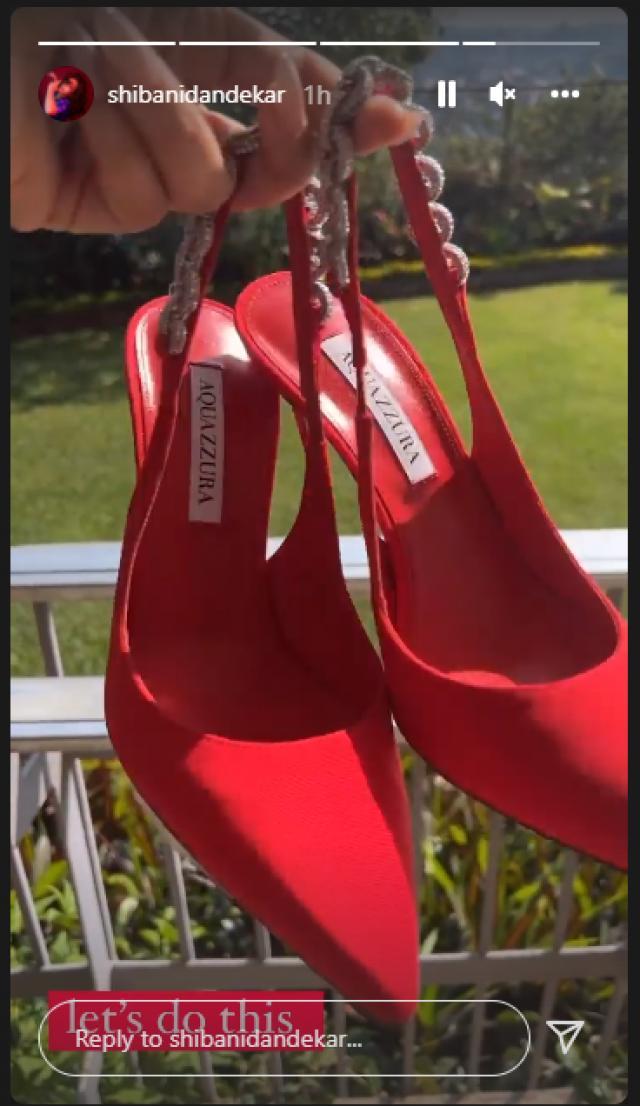 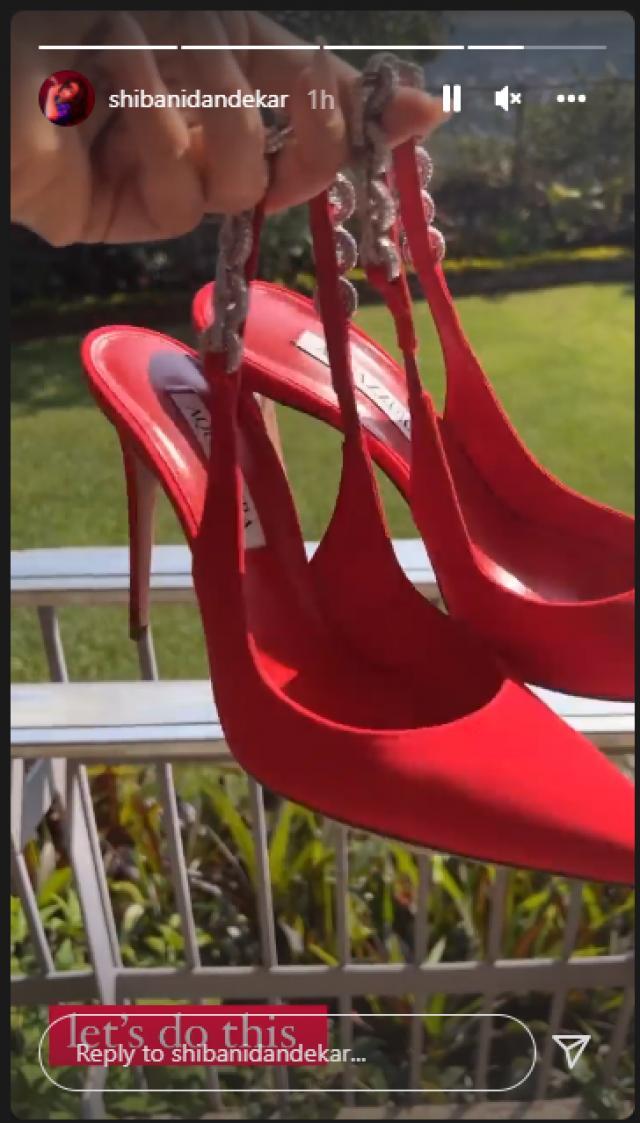 On February 17, Farhan and Shibani had organised an intimate mehendi ceremony with their friends and family presence. Their home is all attired for the event. Moreover, Paparazzi had captured Shibani Dandekar’s best friend, Rhea Chakraborty gracing the event. Shibani was seen wearing a yellow-flashy lehenga. 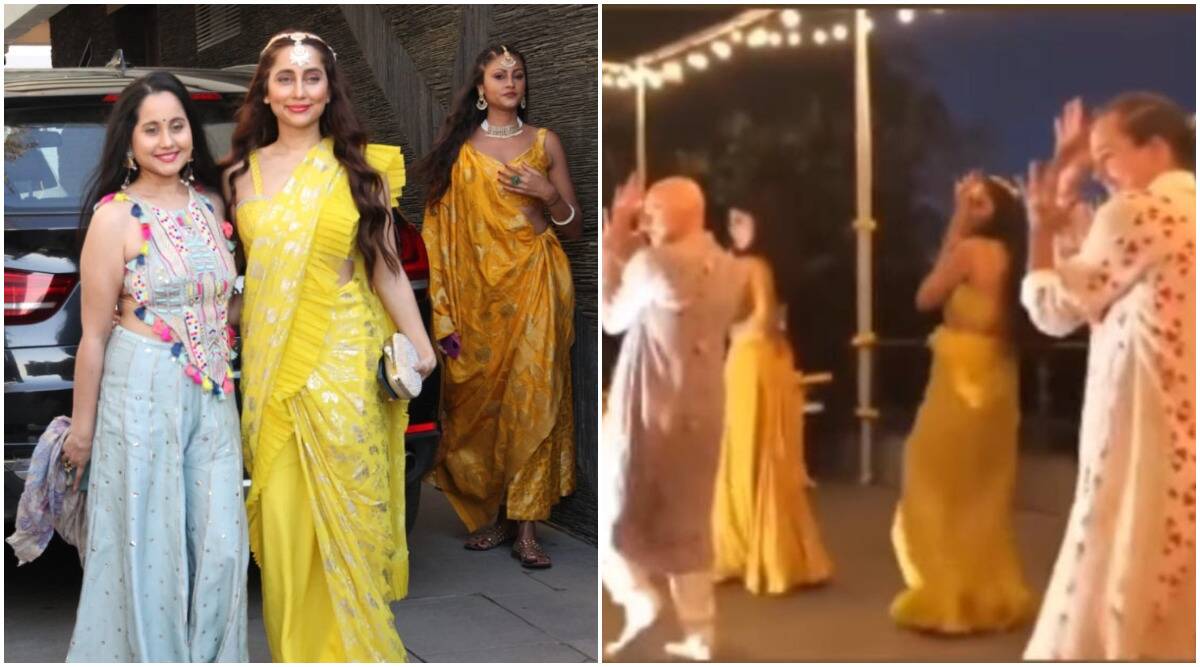 On the contrary, to-be-bride- Shibani’s sister, Anusha had looked pretty in a yellow-coloured ruffle saree, Farhan Khan’s stepmother, veteran actress, Shabana Azmi was also captured at the ceremony looking stunning in the ceremony.

Aishwarya Rai is the miracle in the latest photos of Dabbu Ratnani’s 2021 calendar, see photo
Mahhi Vij Opens Up On Abandoning Her Foster Kids, Says, “We Have Not Adopted Them, They Have Parents”
Ankita Lokhande Looking Gorgeous In A Red Bandhani Saree, Performs Puja With Hubby Vicky Jain And Her In-Laws; See Inside!
Bhumi Pednekar Rings In Her Birthday On The Sets Of ‘Pati Patni Aur Woh’