Abhinav Shukla who was recently got eliminated from Bigg Boss 14 house, got a chance to re-enter the controversial house to celebrate Valentine’s Day with his wife Rubina Dilaik. During last Weekend Ka Vaar episode, we saw BB setting up a date for the couple. After meeting each other, they both showered each other with kisses and hugs through the glass wall. During the conversation with Rubina, Abhinav accepted that it was his fault they went through a rough patch in their marriage and asserted that he will work on his flaws now. 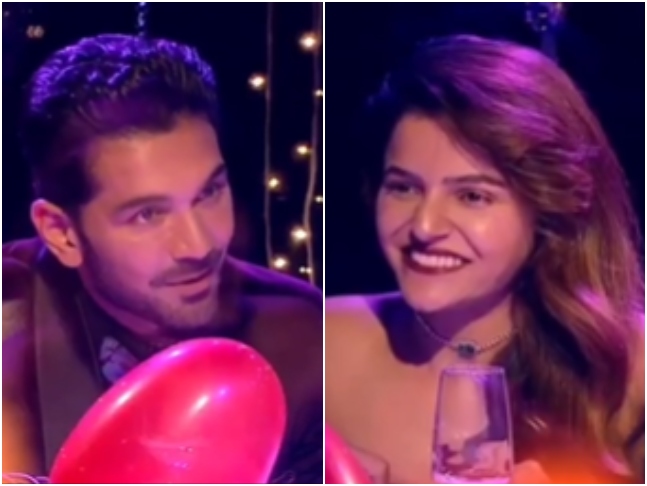 Taking all the blame on himself he said, “I need to be a good listener.” Meanwhile, Rubina who kept listening to him quietly smiled at him and said, “I can’t believe jo hum 7-8 mahine pehle the aur jo ab hum hain.” That’s not it, Abhinav even proposed Rubina Dilaik for the second marriage. In a recent chat, Abhinav Shukla who got evicted from the house in the mid-week elimination revealed that everything is fine between him and Rubina Dilaik and that there’s no divorce happening.

“Everything is fine now. There’s no divorce happening. The show made us stronger and strengthened our bond. When we were discussing the show before giving a nod to it, I jokingly told Rubina that once you see the fights inside the BB house, you might forget the little fights we had. Jo tab humko badi lagti thi, woh actually bahut choti-choti ladaiyaan thi (What seemed like a big deal to us back then was actually quite small),” Abhinav Shukla told TOI.