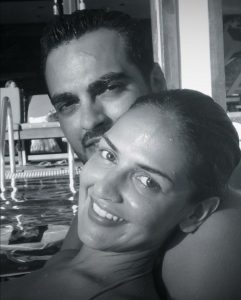 Esha Deol and Bharat Takhtani ringed in their 9th wedding anniversary today. They tied the knot on June 29, 2012 in a low key ceremony at the ISKON Temple in Mumbai. To mark their ninth wedding anniversary on June 29, 2021, Esha Deol Takhtani posted a black and white monochrome picture of the couple, in which they can be seen chilling together in a swimming pool. She penned a beautiful caption for the picture.

The story of these love birds began as early as the time when Bharat and Esha were still in school. Bharat developed a crush on Esha after seeing her during an inter school competition. Esha was in Jamnabai Narsee School, Juhu while Bharat has completed his schooling from Learners Academy in Bandra. After dating for some time, the duo parted ways, only to meet again after 10 years, when Esha was vacationing in the US. They instantly reconnected and began dating again. There has been no looking back since then, and after a few years of courtship, the couple decided to get married. 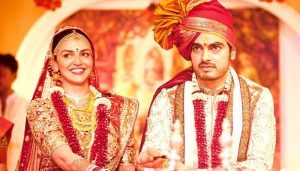 The couple got engaged in February 2012. For the wedding, Esha chose to wear a bright red Kaanjeevaram saree and paired it with heavy gold jewellery and an elegant kamarbandh. Bharat on the other hand, was seen wearing a white sherwani with sequinned work. He complemented the look with a matching dupatta and a maroon safa. The couple has 2 daughters. They welcomed their first child, a daughter named Radhya, in October 2017. In June 2019, Esha gave birth to her second child, another daughter named Miraya.