The legendary actress and national crush of her time, Bhagyashree has been making headlines these days. The actress has participated in a star plus show’ smart Jodi along with her husband Himalaya Dassani. In one of the episodes, the ‘Maine Pyar Kiya’ actress could not stop but blush as her husband recalls a funny incident from their first night after marriage. 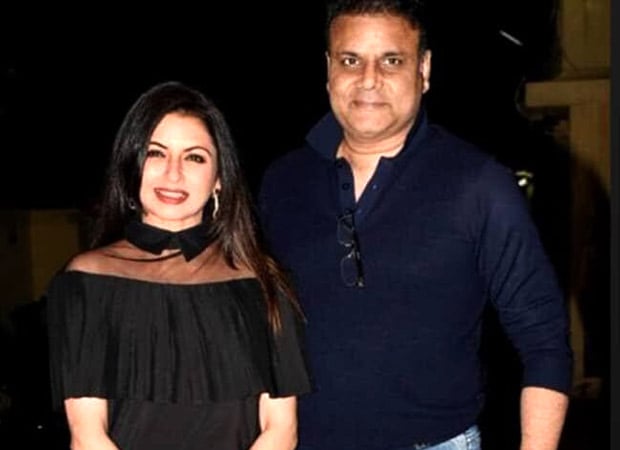 In a promo clip, Himalay could be seen narrating the incident that on the couple’s first night he was expecting his wife to be sitting behind a long veil and blushing. However, to the contrary when Himalay entered their room Bhagyashree had already changed from her wedding dress to a nightdress and was sitting on the bed. Himalay than said that instead of blushing she called him and said ‘hello babes’.

After listening to this, Bhagyashree was seen blushing hard, and then she said that ‘Night dress mein isliye change kiya tha ki kuch hoga nhi sojao’. The anecdote left everyone in the judges and audiences laughing really hard.

Earlier, the actress had revealed that nobody was there at her wedding except her husband. The actress got emotional while narrating about the day of their wedding. The actress also said that everyone thinks that she eloped and got married to Himalaya but this is not true.

Meanwhile, as per the reports, Bhagyashree and Himalaya are the highest-paid Jodi on the show which also features newly weds Ankita Lokhande-Vicky Jain, Arjun Bijlani-Neha Swami, Monalisa-Vikraant Singh, Neil Bhatt-Aishwarya Sharma, and many others.