Nora Fatehi is often in news for her dance moves and music videos. The actress looks drop-dead gorgeous in every outfit she carries. However, the Canadian dancer and actor got trolled recently as a man was seen holding her saree for her in heavy rains in Mumbai. 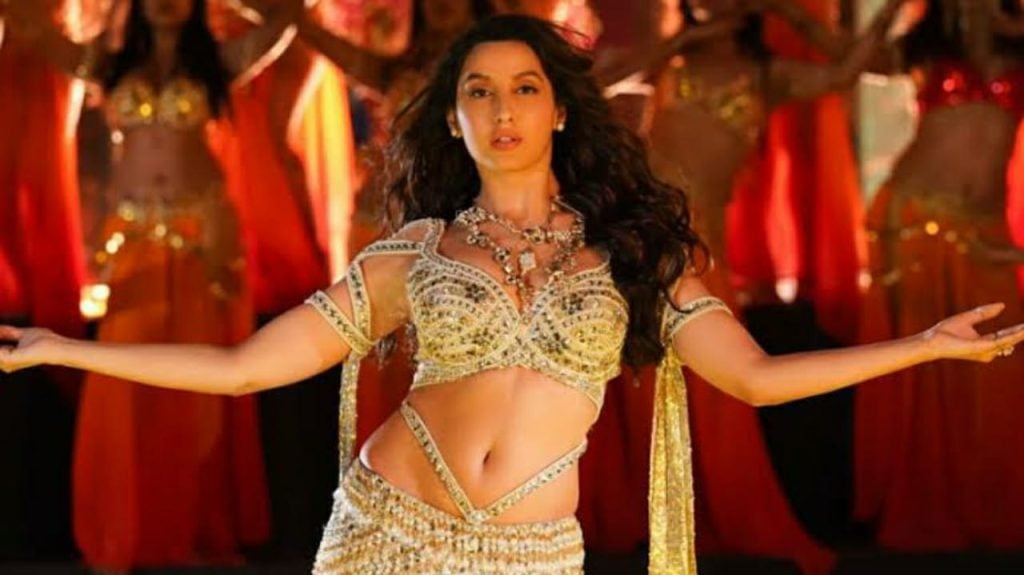 Nora Fatehi was trolled left, right, and center after a video of the actress went viral. The paparazzi recently captured the actress stepping out of her car and a man immediately running to hold her saree. Nora is seen walking amid the rains while two men help her to reach her vanity van, one man is holding an umbrella for her while the other is holding a saree. What netizens got furious about was how the man holding her saree was himself drenched in rain.

“I hope the man is ok and has dried himself, “ wrote one user, “someone should also help that man as well,” wrote another user. A section of the user also suggested the actress to not treat the man as her slave, “apne kapde khud kyu nhi smbhal sakte wo naukar thodi hai,” wrote one user. As soon as the video went viral, the users in the comment section started sympathizing with man. Another netizen wrote, ““Poor guy he is all drenched in rain just to carry her dress are we still living in primitive era.”

Meanwhile, the actress is currently judging the show ‘Dance Deewane Juniors’ along with legendary actress Neetu Kapoor and choreographer Marzi Pestonjee. She will also be doing a dance number in Ajay Devgan’s upcoming film.