Bollywood actor Annu Kapoor is in deep shock and saddness by an unfortunate incident that took place on his trip to France. The veteran actor took to his social media account to narrate the ordeal he had to face. In a video uploaded by the actor, he could be seen sad about what he had to experience. He informed in the video that he has been robbed while touring in Europe. 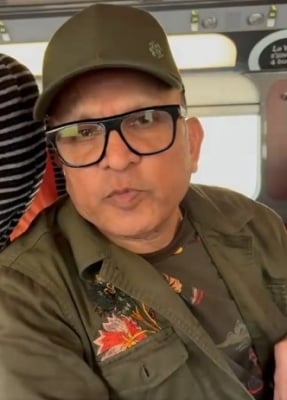 Annu Kapoor said that his designer bag along with credit cards, cash, ipad everything has been stolen. He also warned the people not to roam in the country freely as there are lots of thefts that take place. The actor also updated that he will be filing a complaint against the thieves in Paris. He concluded the video by requesting the audience to be careful, “saavdhan rahe yaha jab aaye, mere sath bohot badi tragedy ho gayi hai, thank god passport mere paas tha,” He said.

Annu Kapoor is a renowned actor in the Bollywood industry who has been working for decades. Over the span of 40 years in the industry, Annu Kapoor has also been a recipient of several prestigious awards including the National Award, Filmfare Award, and two Indian Television Academy Awards. The actor is also known for his singing, hosting, and producing films. His last release ‘Chehre’ was a thriller that also featured Amitabh Bachchan, Raghubir Yadav, and other known actors. The movie was directed by Rumi Jaffery and was released on the OTT platform.