Alia Bhatt is being the hands-on mother for her child Raha who she welcomed with her husband Ranbir Kapoor in November this year. the actress is currently on a maternity break and is spending all her time with her baby girl and family. Raha has been receiving many gifts from Alia’s industry friends which the actress keeps sharing on social media. 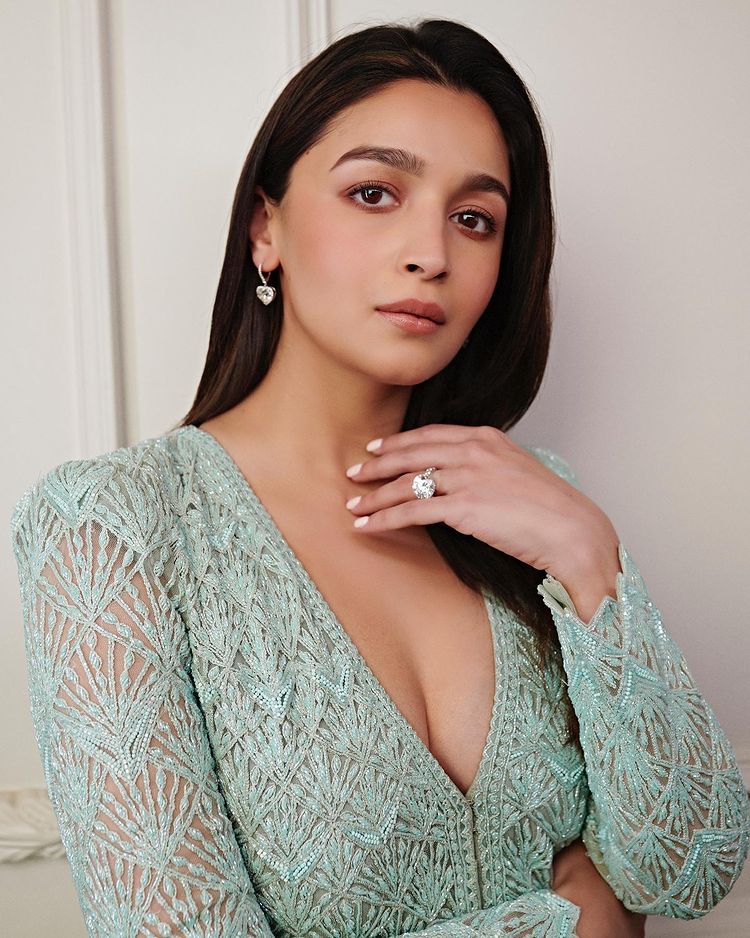 she recently posted a photo of a beautiful bedding set that has written, ‘Raha’ on it. Alia shared the photo and thanked her massi Rhea Chatterjee. “The most gorgeous bedding set. Thank you my lovely Rhea maasi,” she wrote. 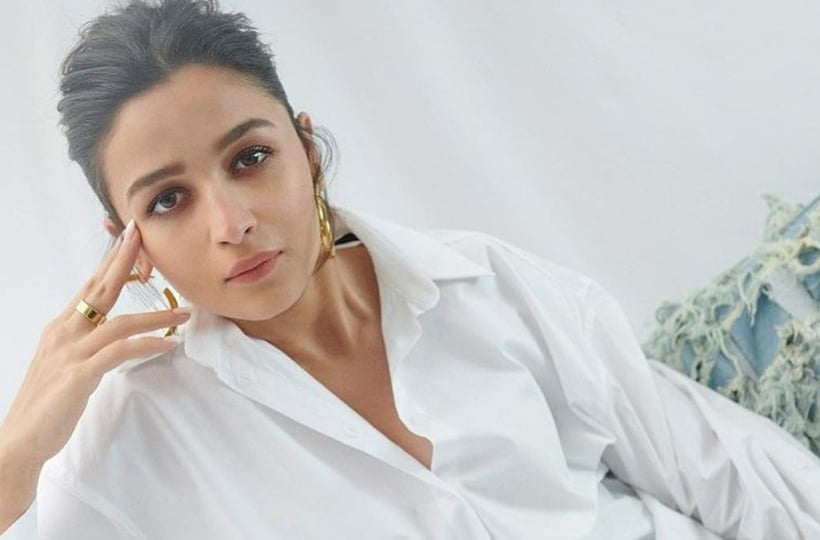 The actress has been spotted several times outside her yoga class. Alia is trying to lose extra kilos and get back in shape as soon as possible. The actress is keen to come back on the sets and resume her work. it is being said that she may continue work and start shooting in February next year. Ranbir Kapoor too is on a break to take care of his daughter. 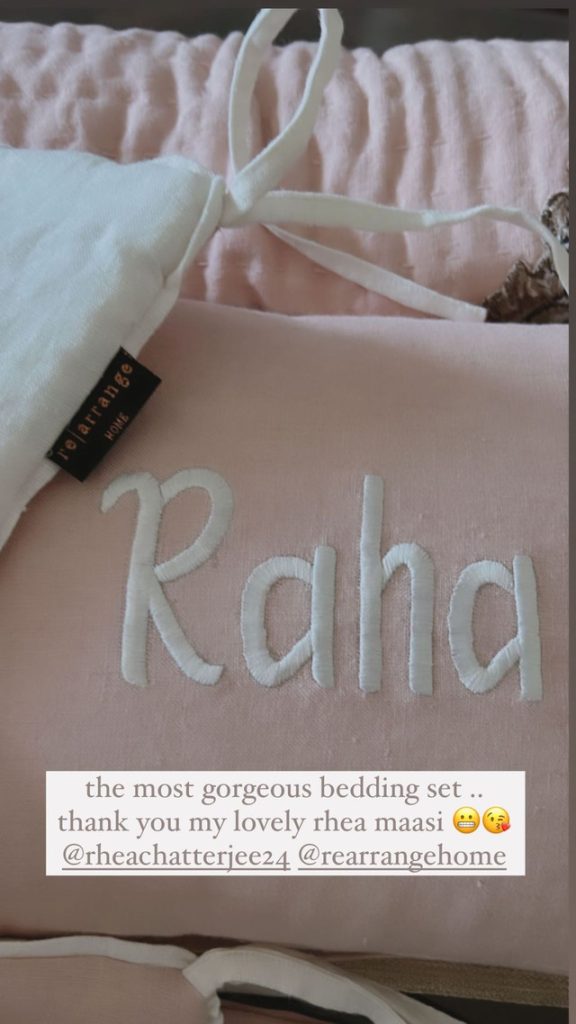 Earlier, the couple was spotted at the engagement ceremony of Mukesh Ambani’s son Anant Ambani and Radhika Merchant. the duo looked extremely dashing as they arrived for the celebrations, apart from them, Salman Khan, Ranveer Singh, and Shah Rukh Khan were spotted to congratulate the couple.

On the work front, Alia Bhatt’s last release was Brahmastra which was with her husband. the movie was directed by their friend Ayan Mukherjee. Ranbir Kapoor is currently busy in shooting for ‘Animal’ along with Rashmika Mandana. Apart from this, he will also be seen opposite Shraddha Kapoor in a rom-com movie.