Alia Bhatt and Ranbir Kapoor are two of the most loved superstars and adorable couples. the duo has recently become parents to a baby girl, whom they have named Raha. The actress shared a post disclosing the name of their child and also revealed that the name has been chosen by her wise grandmother Neetu Kapoor. ever since their marriage, Ranbir and Alia are focused on raising their child with utmost love and dedication. they have been busy taking care of their child and also inspecting the renovation of their house in Mumbai. Ranbir Kapoor’s home has been under construction before his wedding to Alia Bhatt. The paparazzi often capture the couple visiting the building along with Neetu Kapoor to keep a check on the development. 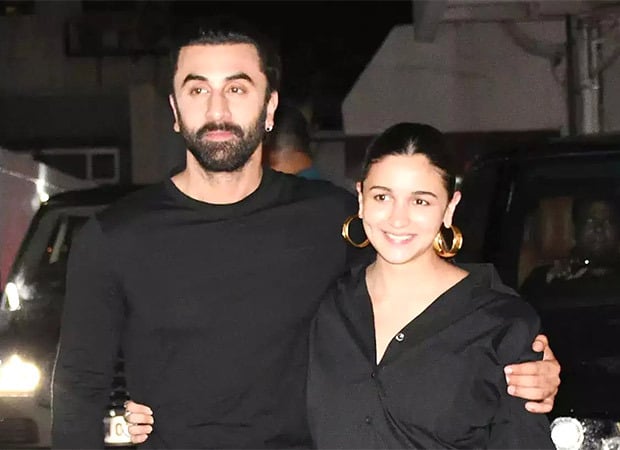 However, this time when the duo arrived at their property, they got trolled by the netizen. In a video clip and photos shared by the celebrity photographer, Ranbir Kapoor could be seen taking photos of their under-construction house. the actor is accompanied by Alia Bhatt who is also carefully looking at the things around at their house.

as the pictures were out of the actors, the netizens took to the comment section and wrote, “inko bda pta hai kya karna hai,” commented one user, “han yhi architect hain inko sab pta hai kya kha use hota hai,” wrote another user, “genius of the year are now building their house,” wrote another netizen. Meanwhile, Alia Bhatt is gearing up to come back on screen after giving birth to her child.

Amid Aryan Khan’s Arrest An Old Video Of Shah Rukh Khan Saying Salman Khan Will Be There For His Family Is Going Viral
Abhishek Bachchan On Akbar Shahpurwala’s Demise, Recalls How He Personally Stitched His First Suit; Deets Inside!
आमिर खान की बेटी इरा खान का ब्वॉयफ्रेंड मिशाल कृपलानी से से हुआ ब्रेकअप, कहा- इसलिए हुआ ब्रेकअप
This Is Why Superstar Shah Rukh Khan’s Son Aryan Khan Was Denied Bail For The Second Time, “Whatsapp Chats Reveal He Was Dealing In Illicit Drug Activities”
Bigg Boss 12 Winner Dipika Kakar To Give Price Money To Mother-In-Law, Plans To Buy This
Deepika Padukone Shares Her Relationship With In-Laws, For Ranveer’s Mom, She Is Her ‘Beti’
Here’s What You Need To Know When Planning Your Punta Mita Vacation..
Throwback Video: When Rani Called Now Enemy Aishwarya Rai Her Friend Forever
Forgot your Anniversary? Here’s How to Make up To Your Wife!