Wrestler Bajrang Punia made us proud when he bagged the bronze medal after beating his opponent by 8-0 in the playoff round in Tokyo Olympics. He hails from Haryana and is the only Indian wrestler to have bagged three medals in the World Wrestling Championship. After his victorious win in the Olympics, he is being widely appreciated across India. 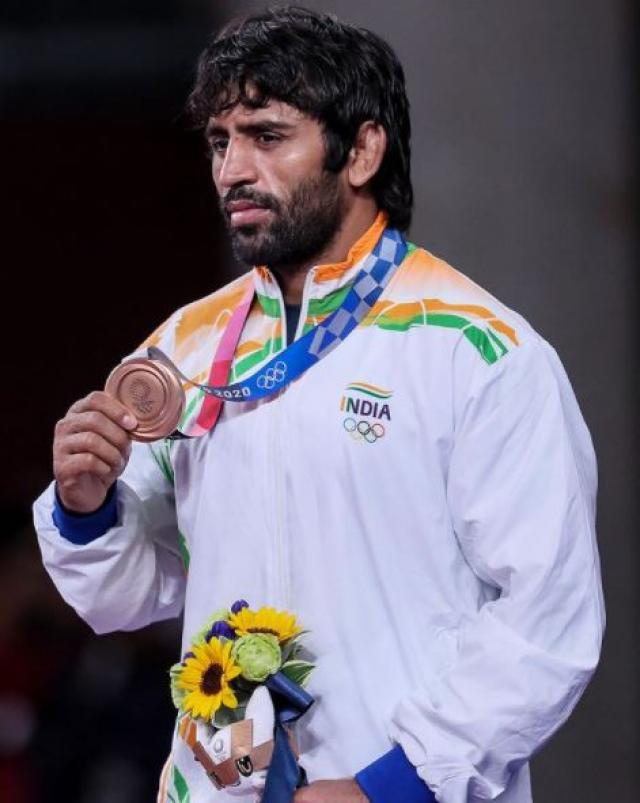 However, he recently took to social media to thank his wife and wrestler Sangeeta Phogat for supporting him like a rock. Sharing a lovely picture holding and flaunting the bronze medal but it was the caption that won everyone’s heart as he applauded his wife for always pushing him and supporting him in the darkest and toughest of times. His caption could be read as, “Finally sharing it with my better half. It’s her moral support and love that gives me that “extra” boost to excel.”

Here’s extending our heartiest congratulations to Bajrang Punia for making our country proud!