If you’re a fan of the FRIENDS series you would know how big a deal it is to see Ross and Rachel together in real life. recently after waiting for years the makers of the show finally came up with the final episode of the show called FRIENDS: The Reunion. It was at this get-together where both Jennifer Aniston & David Schwimmer admitted having a crush on each other off-camera as well. 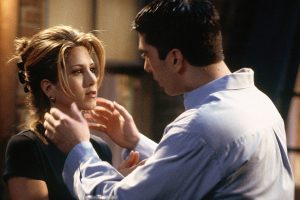 As per the reports, Jennifer Aniston & David Schwimmer are spending more time with each other especially after filming the final episode of FRIENDS.

A source who is reportedly close to the pair revealed, “After the reunion, it became clear that reminiscing over the past had stirred up feelings for both of them and that chemistry they’d always had to bury was still there. They began texting immediately after filming and, just last month, David flew from his home in New York to see Jen in LA.” 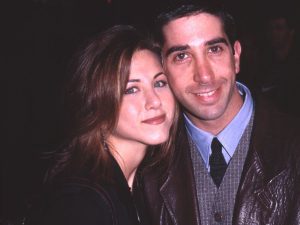 The source further added, “They’ve been spending time at Jen’s home, where she’s cooked dinners in the evenings, and have enjoyed quality time together, chatting and laughing. They were also spotted drinking wine, deep in conversation, as they walked around one of Jen’s favorite vineyards in Santa Barbara, where it was clear there was lots of chemistry between them.”

Although there’s no official announcement done by the couple and the representative of David Schwimmer has denied all the rumors to Fox News.