Vinod Khanna Once Openly Admitted In An Interview That ‘He’s No Saint And Needs Sex As Much As Anybody Else’; Take A Look At The Video

One of the most iconic and dashing stars of his time, Vindo Khanna needs no introduction. He was a heartthrob and had the most dashing looks and charming personality. The superstar was born on October 6, 1946, and later on became one of the huge stars in the Bollywood industry. Apart from his acting talent, Vinod Khanna often made headlines for his love affairs with the lead actresses. 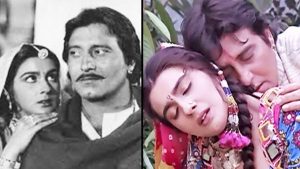 On such love affair of the actor was with his 12 years younger actress Amrita Singh. The duo worked in JP Dutta’s Batwara where Vinod Khanna wasn’t initially interested in Amrita but he later gave in as the actress was trying her best to get the attention. During the second schedule of Batwara both were in an intimate relationship. 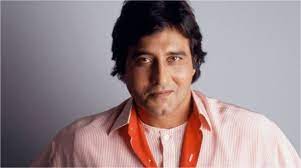 However, at the peak of his acting career, Vinod Khanna decided to take a break from the films and he even took divorce from his first wife Geetanjali. Vinod Khanna then flew off to America to follow spiritual guru Osho Rajneesh.

Today on his birth anniversary, we have come up with one of his old interviews where the star can be seen openly admitting that he is no saint. In the video, Vinod Khanna can be seen smoking a cigarette and sharing his views on ‘sex’. “Well, I was a bachelor and I am no saint as far as women are concerned. I need sex as much as anybody else does. Without women we won’t be here, without sex we won’t be here, so why should anybody object to my being with women,” he said.

On April 27, 2017, Vinod Khanna took his last breath after battling cancer for a long time. Before coming to films, Vinod Khanna had completed his degree in commerce from a Mumbai-based Sydenham College.