When we hear the name Urmila Matondkar, the first thing that comes to our mind is the gorgeous diva dancing on the streets and running on beaches for Rangeela. The actress garnered a lot of praises for her acting talent and gorgeous body that she is showing off in Ram Gopal Verma directed Rangeela. However, did you know that Urmila had to wear Jackie Shroff’s ganjee for the song ‘Tanha Tanha’ to add the oomph factor to the song? Yes, you read that right. 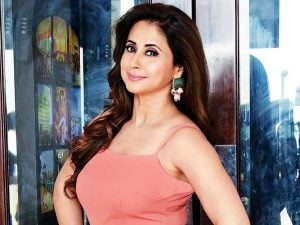 On Zee comedy show, Urmila opened about donning the white ganjee of actor Jackie Shroff. “No one knows, but I had worn Jackie Shroff’s ganjee in Rangeela for the Tanha Tanha song and to be honest, it was fun. The sequence had to be unique and refreshing and we were told not to do things after thinking and researching. “We wanted to be natural and while we were being briefed about costumes, Jackie being Jackie, told me to wear his ganjee. I was slightly apprehensive, but I went ahead with it and left everything in God’s hands. I obviously got a lot of appreciation and love, so it ended well for me,” she said. 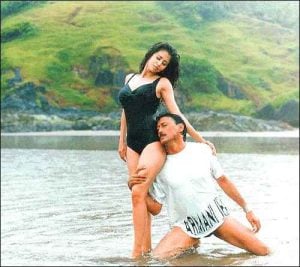 In an interview with Film Companion, director Ram Gopral Verma also talked about the costume for the movie. On location, I said I need something and this (the present outfit) was not working, what she was wearing. ‘Arre mera T-shirt pehnle na Bhidu,’ or something like that he said and he took off his T-shirt and gave it to Urmila. That costume design credit goes to Jackie,” RGV said. 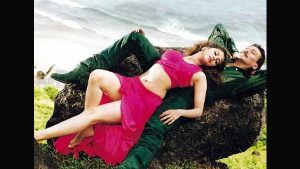 On the work front, Urmila Matondkar is Currently a member of the Shiv Sena, a political party she had joined last December.