Self-proclaimed film critic and media personality, Kamal R Khan is back in the news and this time it’s because of Mouni Roy. Kamal R Khan popularly known as KRK has targeted Mouni Roy for her physical transformation and the drastic makeover of the actress. Kamal R Khan posted old pictures of Mouni Roy on his Twitter handle comparing them with her latest pictures. KRK claimed that the actress has transformed her looks using plastic surgery. 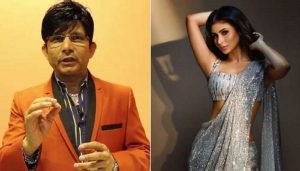 Although, KRK is not entirely wrong as the physical transformation of the actress is very much visible in her photos. And, KRK didn’t miss out on the opportunity and has brutally mocked the actress’s looks, comparing with the beginning of her career. Mouni Roy, on the other hand, has never accepted or admitted that she has undergone any cosmetic surgery or beauty treatments. 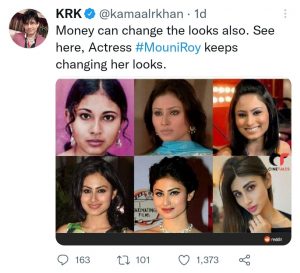 Kamal Khan took to his twitter handle and shared some throwback pictures of the actress and wrote, “Money can change the looks also. See here, Actress #MouniRoy keeps changing her looks.” Although, Mouni hasn’t commented or responded to KRK’s tweet but she is definitely making headlines not just because of her looks but also for her relationship. 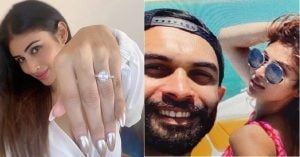 Reportedly, the actress is all set to tie the knot with her long-term beau and Dubai-based business Suraj Nambiar. The couple has been spotted a number of times together at various events but none of them had made their relationship public until Friday. The duo was expected to get married in January 2022 but now with the latest reports coming in, the marriage is definitely on the cards but will not happen in January. A source close to the couple told to Pinkvilla, “Marriage is definitely on the cards for Mouni, however, it’s not happening in January. Whenever it happens, Mouni will be the first person to announce it herself.”