The film,  Bhuj: The Pride of India,  directed by Abhishek Dudhaiya is based on events from the 1971 Indo-Pak war. The motion poster reveals as part of operation Chenghiz Khan, Pakistan attacked the Bhuj airbase. The movie will be starring Ajay Devgn, Sanjay Dutt, Sonakshi Sinha, Ammy Virk, Sharad Kelkar, and Nora Fatehi. 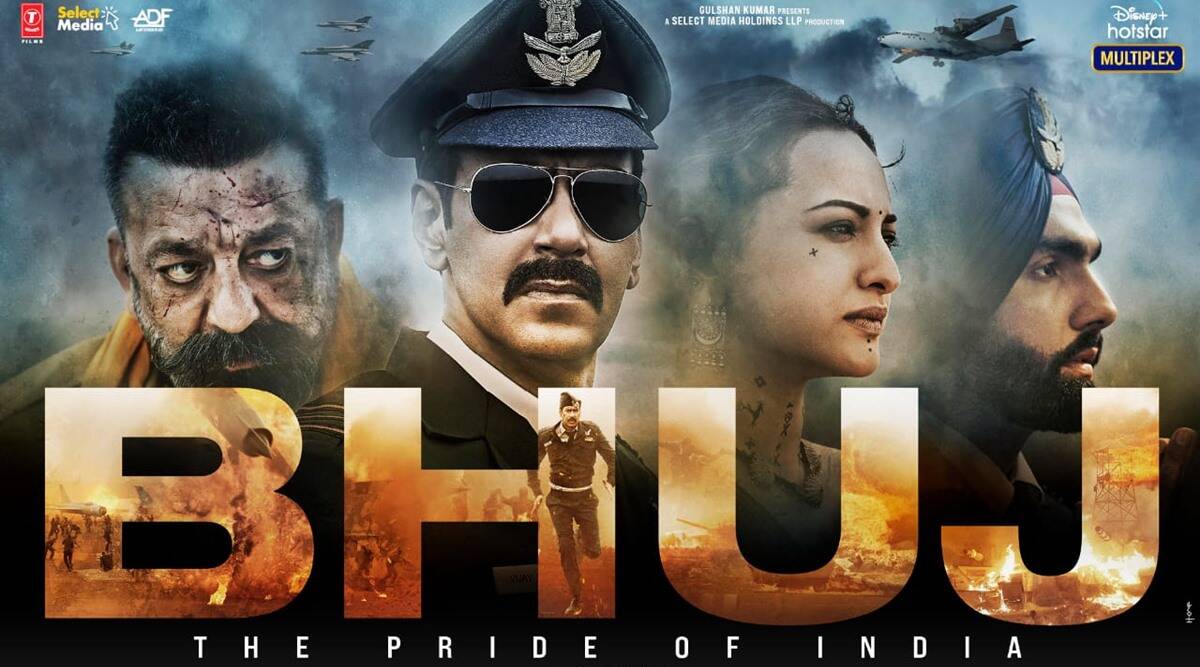 What is this movie about?

Ajay Devgn will play the role of Vijay Karnik, a member of the Indian Air Force. This film tells how the Bhuj Air Force Base was rebuilt. The move indicated that “92 bombs and 22 missiles” were dropped at Bhuj Airport. The brave and strong soldier Karnik and 300 local women rebuilt the entire Buji Air Base to defend themselves and save the country.
Ajay Devgn watched the movie during a short interview with Disney + Hotstar. When Varun asked Dhawan what the movie was about, Devgn said it was based on the real events of the Indopac War in 1971. The role of Vijay, a strong leader. It is reported that Buje was on the verge of being captured in the war, and they were on the verge of defeat in the war. A story of how the situation changed with the help of a few people. The premiere will be held on August 13.

Here are 10 things you need to know about this movie.