Actress Nia Sharma is a queen of the television industry and the diva has come a long way because of her talent and acting skills. According to Nia, she has never gone for a film meeting or into a Bollywood office except for one time which didn’t turn out to be a pleasant experience for the actress. 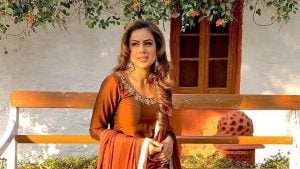 Nia Sharma on a show hosted by RJ Siddharth Kannan, admitted that she had once gone for a meeting to discuss a tiny part in Manikarnika: The Queen Of Jhansi. The meeting did not turn out to be the best and it was just a waste of time for the actress. 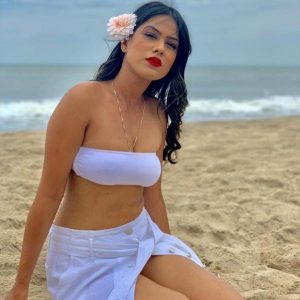 During the conversation, Siddharth asked Nia,“Have you met a big Bollywood director or producer who said this to you also?”. To this, the actress replied, “No but Manikarnika ke liye ek meeting thi itna sa role ke liye (there was a meeting for a bit part in Manikarnika). It was a stupid conversation. I didn’t go again. Kuch faayda nahi tha uss conversation ka (It was not a worthwhile conversation), it was a wastage of time. And then he was like, ‘you look so hot’. I was like, ‘seriously?’” 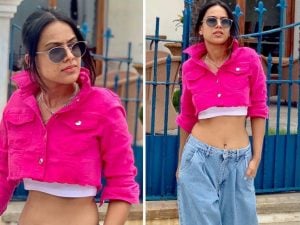 The movie Manikarnika: The Queen Of Jhansi had Kangana Ranaut in the lead role of Rani Laxmibai. Kangana also shares the director credit for the film which was first directed by Krish. Nia Sharma, on the other hand, entered the television industry with a lead role in the show Ek Hazaaron Mein Meri Behna Hai. Nia played the parallel lead called Manvi Chaudhary in the show.

Akshay Kumar to Collaborate with Priyadarshan for a Comedy Film
Neha Dhupia Emphasise On Freedom To Breastfeed, ‘Anywhere And Any Given Point Of Time’- Check Out!
Aryan Khan Says That His Pa Shahrukh Khan Is So Busy That He Needs To Take An Appointment To Meet Him, Reveals Sources
Sanjeeda Sheikh And Aamir Ali’s Friends Confirm Their Separation; Sanjeeda Sheikh Shares A Cryptic Post
Bigg Boss 12 Winner Dipika Kakar To Give Price Money To Mother-In-Law, Plans To Buy This
Deepika Padukone Shares Her Relationship With In-Laws, For Ranveer’s Mom, She Is Her ‘Beti’
Here’s What You Need To Know When Planning Your Punta Mita Vacation..
Throwback Video: When Rani Called Now Enemy Aishwarya Rai Her Friend Forever
Forgot your Anniversary? Here’s How to Make up To Your Wife!