THROWBACK THURSDAY: Shahrukh Khan Revealed Why Arhaan Is Not Allowed To Be Shirtless At Home, “Don’t Do Anything A Girl Can’t Do”

Shahrukh Khan and Gauri Khan are one of the most adored couples of the b-town. It’s really heartwarming that the two have been together for almost two decades now. Many relationships in Bollywood have failed to last for long but their relationship has survived all the tests of times.

The two are proud parents to three beautiful children Aryan Khan, Suhana Khan, and AbRam Khan. Shahrukh Khan had, again and again, stressed the importance of equal upbringing adding that his sons will have no privilege and will be treated as equally as Suhana.

In a throwback interview with Femina in 2017, Shahrukh Khan had revealed how he doesn’t allow Aryan to be shirtless at home. “I believe that a man in his house doesn’t have the right to go shirtless in front of his mother, sister, or women friends. I tell Aryan to put on a T-shirt all the time.” 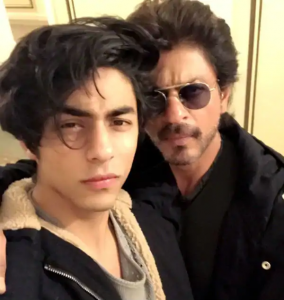 He had further added, “If you’d feel uncomfortable seeing your mother, daughter, sister, women friends without their clothes on, why would you expect them to accept you shirtless? It’s got nothing to do with having breasts or not—don’t do something a girl can’t do.”