The Dark Side of Bollywood

“Bollywood the world full of glamour and glitz” have different sides to show , starting from its brighter to its darker sides. The bollywood actor/actresses have to behave so perfect that they sometime forget that they also human. Behind the limelight the bollywood actor and actresses have to work too hard , sometime have to sacrifice so many things that leads to anxiety , depression and personality disorder as well . As “nothing comes easy” you have to sacrifice a lot before getting something in return. 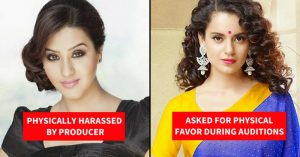 Recently the drug case was hiked which involves the great personalities of bollywood like Shraddha kapoor, Sara Ali khan etc . It has now become the kind of requirement to work because faking emotions is tough. They also get stress because of the work load which leads to start intake of drugs. Stress also leads them to take suicide attempts .They are also forced for sex favours , recently when the #mee too campaign was started many renowed names of bollywood have come forward and share their stories how sexual favours are being asked from the famous producers and directors etc of bollywood.

Every year thousand of people, youth go to Mumbai to fulfill their to become a celebrity but very few able to endure the pressure and survive their because of the failure half of them give up , others indulge in unfair practices , few get successful. But the few is beautiful at the top. 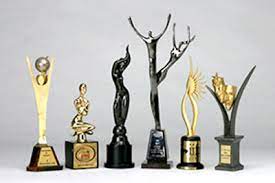 The darker sides of award shows is not known to the people.The good award and reputed award shows are sell out , fake cheering , nepotism is largely prevailed in the society because of which talented contenders don’t get a chance to show their talent and get reward for their hardwork. Even Akshay Kumar once said, “many a time , award show organizers, often in exchange for giving an award , to me, ask me to reduce my performance fees. But i tell them that you keep your award and give me my complete performance fees.”So in this way the real talent don’t get chance.

Charm of bollywood attracts the youth but they don’t know that grass is not always greener on the other side.In bollywood it is sometimes not down to talent , but family name and money, it is easier for celebrity children to start their career and become successful.