Zee Studios has partnered with Outsider Films and Echelon Productions to unveil the first poster for their upcoming movie “BLURR”. At first glance at Taapsee Pannu’s inaugural work, she was blindfolded with a pair of hands tightly tucking her fingers and closing her eyes leaving no room for a peak, in a black backdrop. This poster has aroused so much anticipation in the eyes of the public, so much exposure, and everything else is still blurred for fans and viewers to guess.

Speaking about her first partnership with ZEE Studios, Taapsee shares, “So thrilled to bring out my first film as a producer and to be associated with Zee Studios, one of the largest production houses of our country and Echelon productions.  Blurr is a story of a girl caught up in unavoidable circumstances, and how she rises above her situation and fights back overcoming her ordeal. Can’t wait for you to watch me take on the challenges. With the thrill and drama it promises and the narrative it brings, it will definitely stay with the audience for a long time.”

Tapsee is known for its hierarchical and detailed performances in films such as Pink. After Taapsee starred in movies and provided audiences with so many fascinating performances, Taapsi is now the producer of Blurr. The film is directed by Ajay Bahl and is famous for its critically acclaimed “Section 375”. 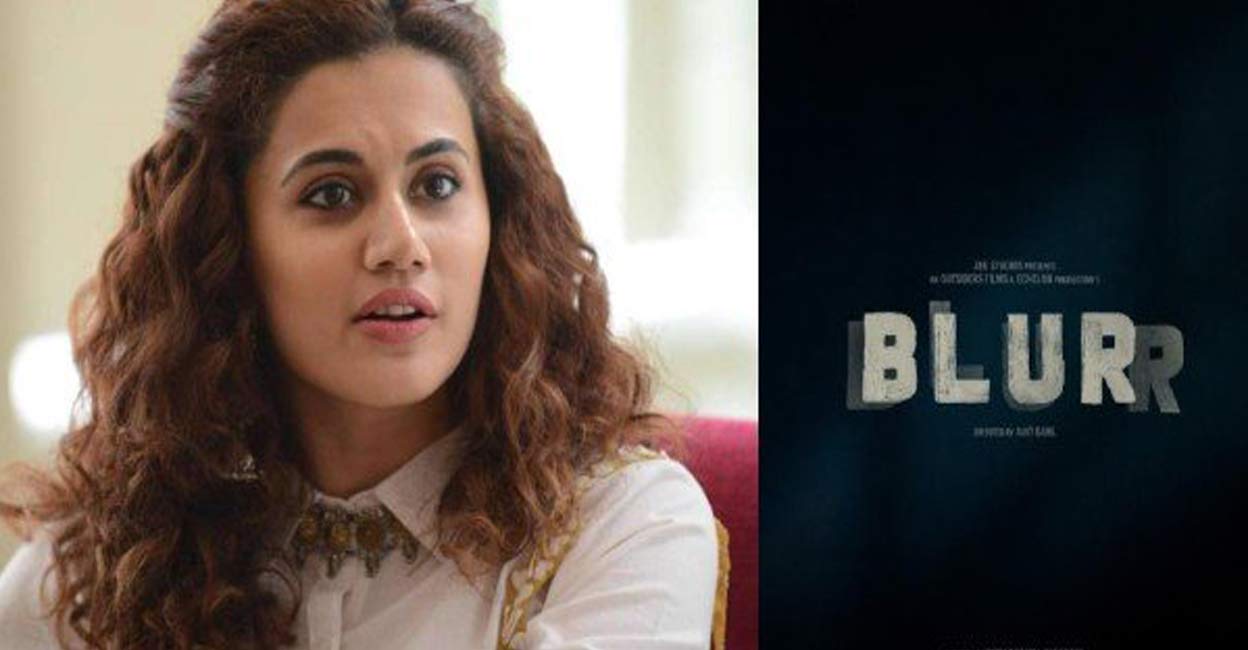 Written by Pawan Sony and Ajay Bal, Blurr is a psychological thriller with a fascinating social background and a movie that will keep you busy. At first glance, it implies a fascinating story, promising performance, and an interesting watch. Blurr is about to debut, and the audience is eagerly looking forward to this energetic thriller.