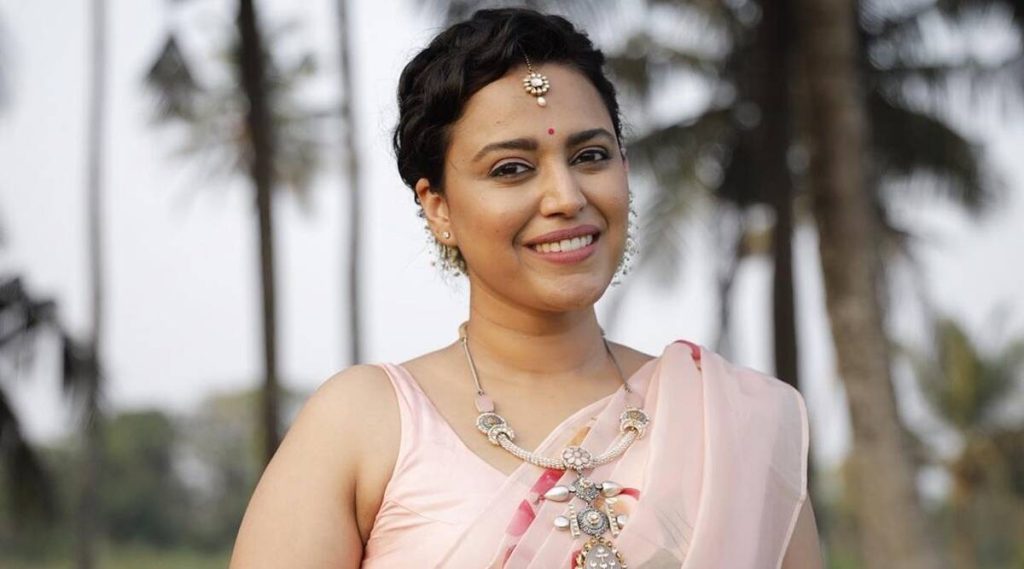 On her Instagram, Swara Bhasker posted a video of herself getting her nose pierced while filming Mrs. Falani. On the movie sets, the actress showed a peek at the grueling operation. It was a “torturous but speedy surgery,” Swara Bhasker informed her followers when she posted the footage on Instagram.

In the clip, Swara is seen wearing a pink suit and sitting on a chair. The actress seems to be making the video from her set. she could be heard saying in her video that actors sometimes also go through the pain on their sets. and then a man walks in with his tools to pierce the nose of the actress. she later shared a picture of her nose ring on her Instagram.

Sawara is currently shooting for Mrs. Falani, and she thought that it will be a great idea to get her nose pierced in order to look like the character. Hence, the actress went ahead and endured the pain she got while shooting for the film. ” I realise I should get my nose pierced for these roles! Here’s a peek into this rather torturous but swift procedure! Thanks to the local jeweller who came and did it. Enjoy my suffering ya’ll!,” she wrote in her caption.