Sushant Singh Rajput’s sister, Meet Singh posted a touching tribute to her beloved brother. But she also made fun of Bollywood by bringing up the recently released movie “Brahmastra.” When his dead bones were discovered in his Mumbai residence on June 14, 2020, a global call for his justice arose. Sushant’s family and loved ones have been struggling to learn the truth about his tragic demise ever since he left the physical plane. 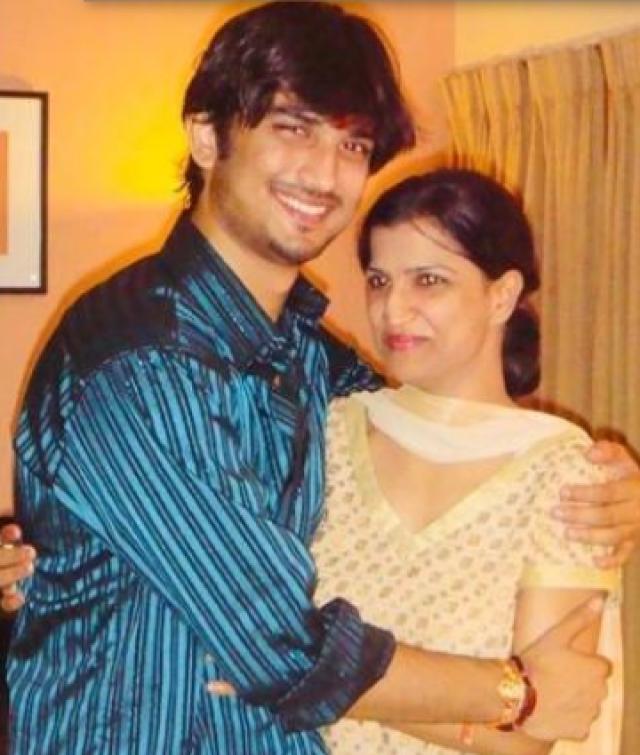 However, Sushant Singh Rajput’s family members and admirers are still fighting for his justice and grieving his passing. Unfortunately, there were individuals who used a terrible tragedy to their advantage. A while back, Meetu Singh, Sushant’s sister, tweeted that the Rajput family isn’t backing such lucrative tactics, labelling it inhuman and criticising such people. See her tweets. 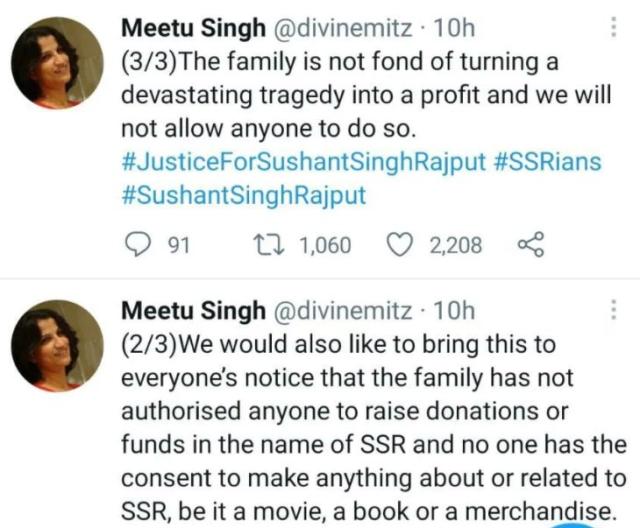 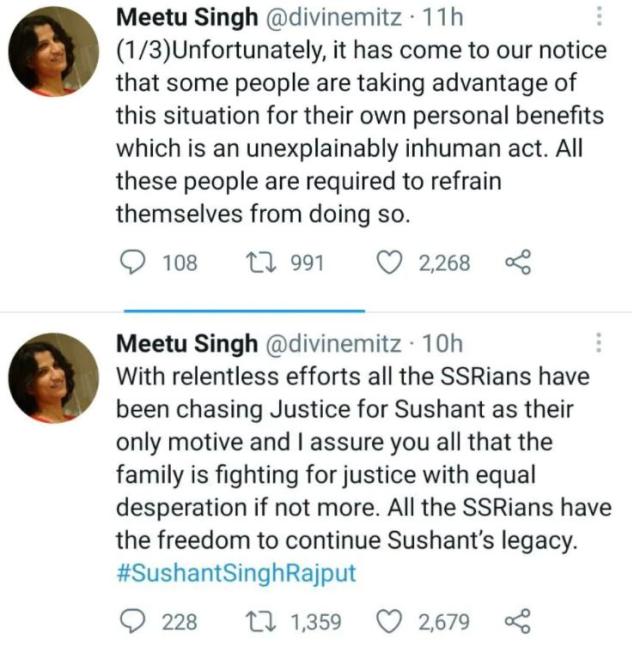 Brahmastra, the newest movie starring Alia Bhatt and Ranbir Kapoor, raked in a sizable amount of money on day two of its release. Meetu Singh, Sushant Singh Rajput’s sister, wrote a lengthy obituary for her adored brother on September 10, 2022, with a dig at Bollywood. She posted a lovely photo of her brother and wrote in her note that Sushan’t Brahmastra may destroy all of Bollywood and implied that the sector had lost its moral principles. According to Meetu’s message: 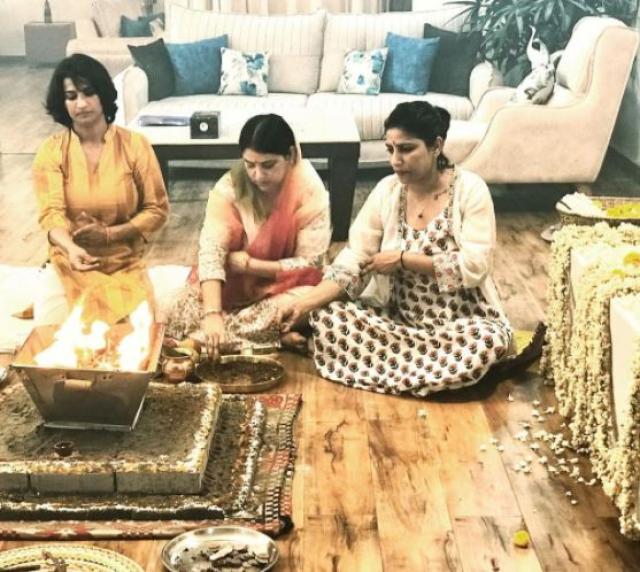 “Sushant’s Brahmastra is enough to destroy this Bollywood. Bollywood has always wanted to dictate the public, never stopping to show mutual respect and humility. How can we let people like this be the face of our country which is so rich in moral values? Their sorry attempt of winning d public’s love wid pretentiousness has failed. Quality n Moral values r the only thing that’ll win admiration n respect.” 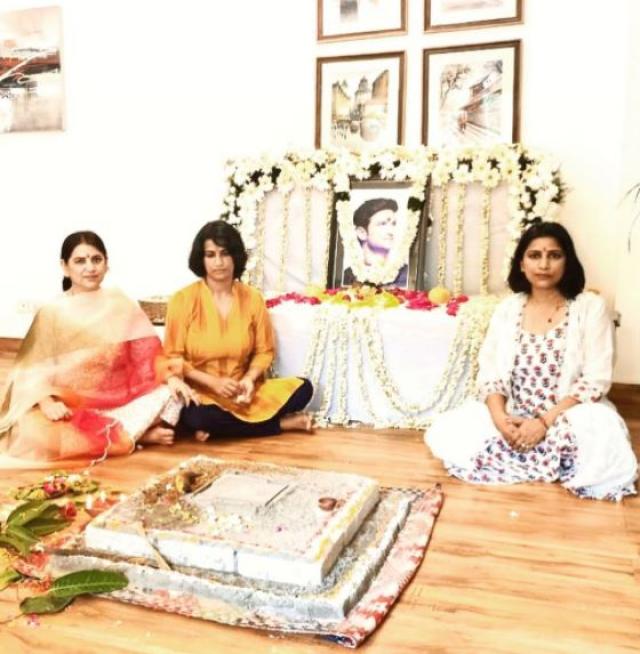 On June 14, 2021, taking to her IG handle, Meetu Singh had shared two pictures from the puja that was held at her residence in Sushant’s memory. In the pictures, we can also spot Sushant’s other two sisters, Priyanka Singh and Neetu Singh, along with Meetu Singh, who looked emotionally drained. Along with the pictures, Meetu Singh penned a painful note which can be read as: 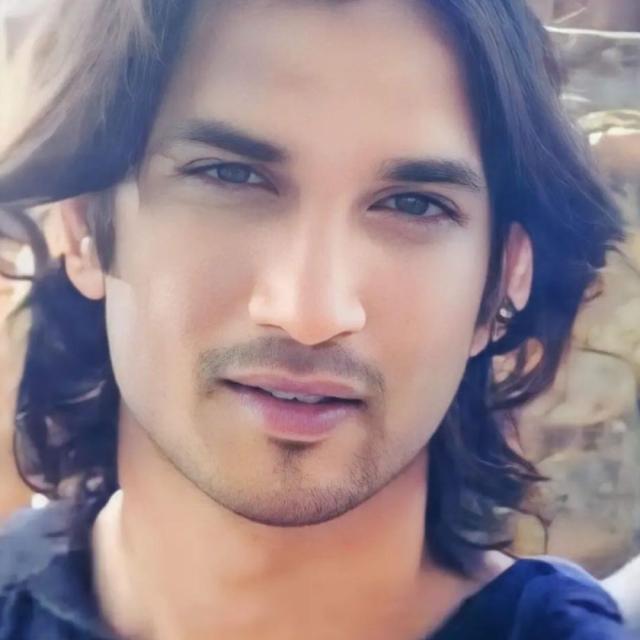 “My Pride, our Pride. For the past few days, grave despair has been brooding in the back of my mind. Last year’s fateful event took all of us by such a shock that I have failed to fall back into the normality of everyday life. Many have brutally used you and the majority of them are still doing so. Manipulation is masked by love, selfish motives are hidden behind concern.”

Yami Gautam Handles Wardrobe Malfunction Like A Pro, Oops Moment Captured On Camera
Raveena Tandon Refuses To Replace Shilpa Shetty Kundra In Super Dancer 4 Says The Show Only Belongs To Shilpa
When Deepika Padukone Opened Up About Ranbir Kapoor’s Infidelity, Said She Was Foolish Enough To Give Him A Second Chance
Bebo Shares A Picture In Face Mask; Ex-Shahid’s Brother, Ishaan Took Attention With His Comment