Soha Ali Khan And Kunal Kemmu Pen Love Note For Each Other On Their 7th Wedding Anniversary; Read On!!!

Bollywood stars Soha Ali Khan and Kunal Kemmu shared sequences of pictures on their personal Instagram handles to wish each other on their seventh wedding anniversary. The actor and lovebirds of BollywoodSoha Ali Khan had met Kunal Kemmu for the first time on the sets of ‘Dhoondte Reh Jaaoge’ film. As She is shy, Kunal is quite naughty. After getting together for their second film, 99, they had felt the flicker. 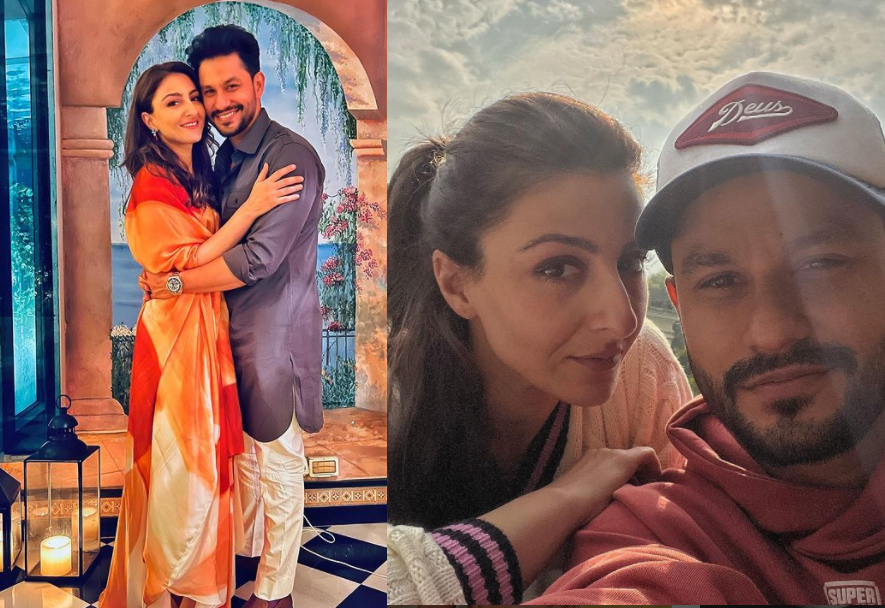 Soha Ali Khan and Kunal Kemmu always were in a serious relationship with each other. They get rumoured with anyone else regarding affairs. They are after more than six years of their married life they quite understand towards each other’s love. In 2014 when Kunal Kemmu had proposed to her in Paris, she had replied with a ‘yes’. They got engaged in 2014 and had tied the knot on January 25, 2015. In 2017, the couple was blooming with an angel, named Inaaya Naumi Kemmu. 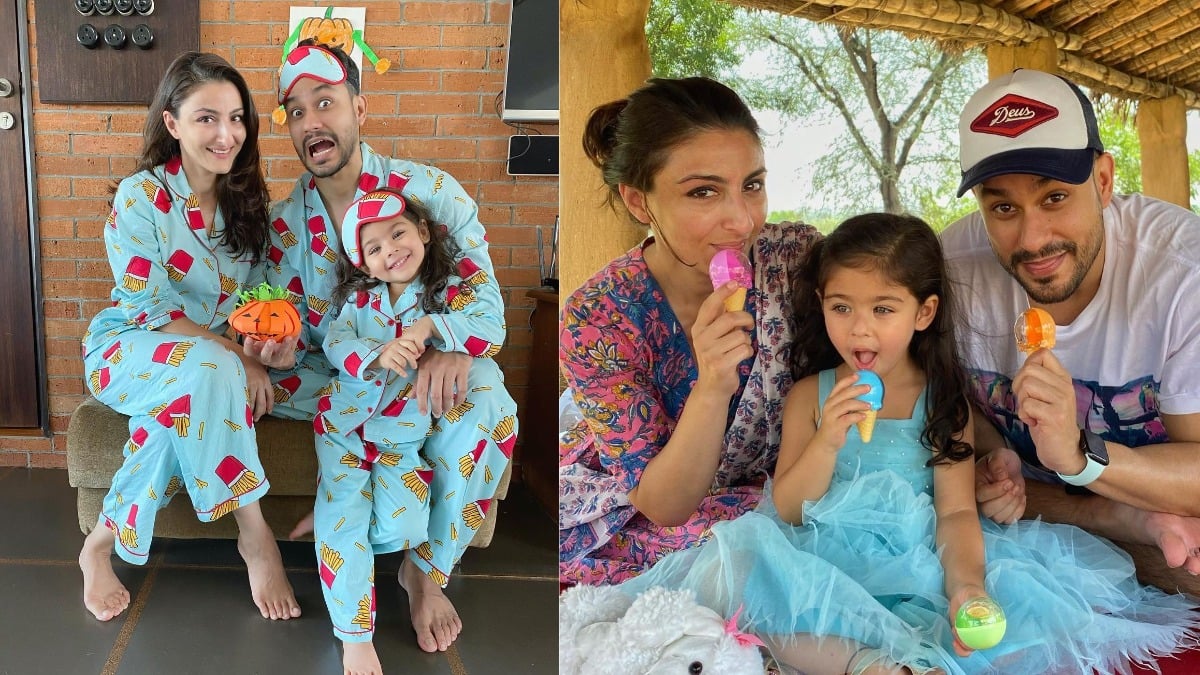 Last year on 25 January, Soha Ali Khan and Kunal Kemmu had celebrated their sixth wedding anniversary; the adoring husband had shared a loving wish for his wife. Kunal Kemmu had shared to his Instagram handle and had shared a picture with Soha, from their Australian vacation, where they were seen sharing a warm hug. Beside the picture, He had written, “Happy Anniversary my heart @sakpataudi.” 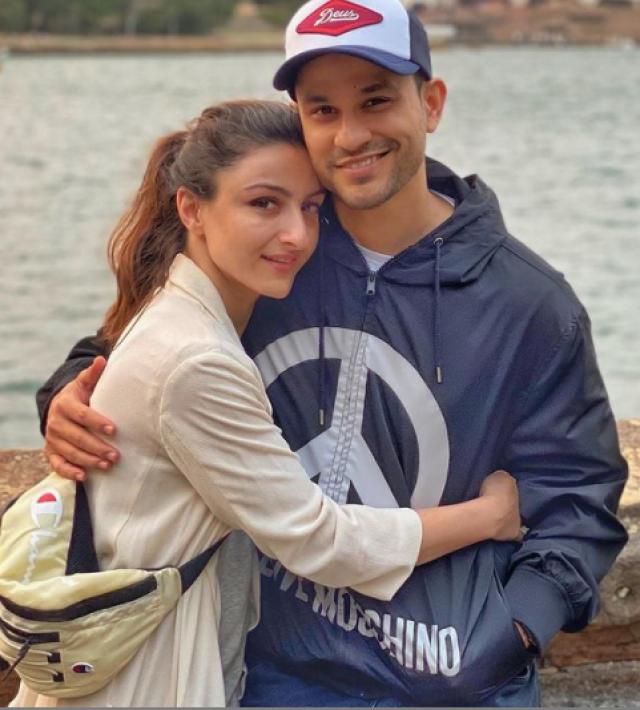 Furthermore, Soha Ali Khan had shared her Instagram handle and had shared a picture with hubby Kunal. She had captioned: “Happy anniversary @khemster2 there is always a reason to belong to you.” As Soha Ali Khan and Kunal Kemmu celebrated seven years of their married life, they never forget a chance to dedicate their wishes to one another. 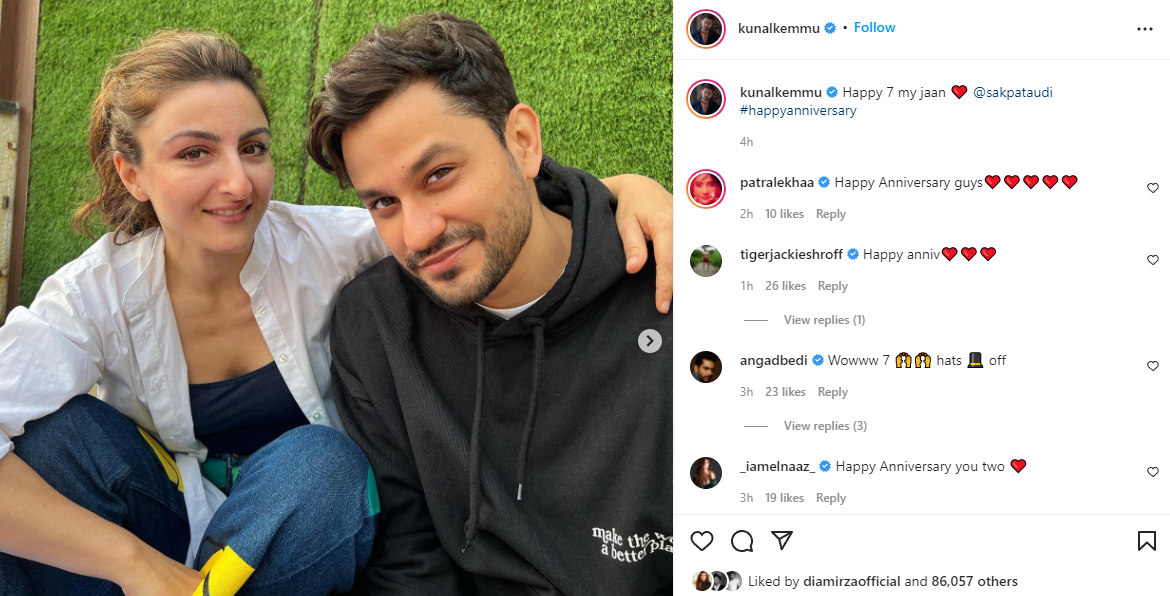 A few hours ago, the actress Soha Ali Khan shared an adorable picture on her Instagram handle, and shared a series of love-filled and lovey-dovey pictures with Kunal and captioned as: “Happy 7 years my love there’s no itch that you can’t scratch, that’s why we make the perfect match! @kunalkemmu.”  On the contrary, Kunal Kemmu also shared the same pictures on his Instagram handle, and saying Soha his ‘jaan’, he wrote: “Happy 7 my jaan @sakpataudi #happyanniversary.” 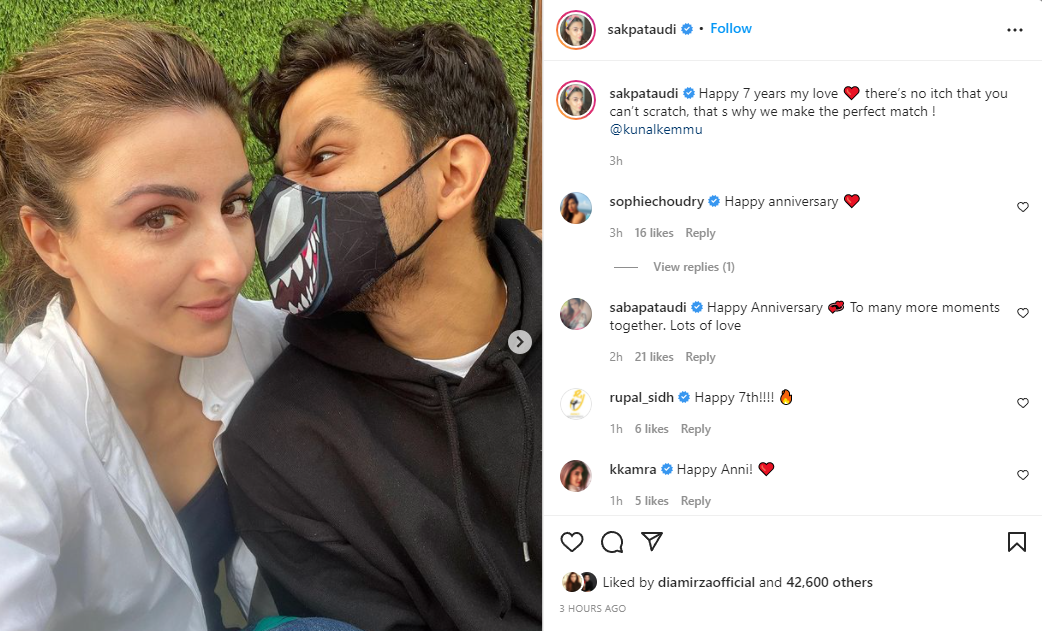 In an interview with The Times Of India, Soha Ali Khan had spoken about her relationship with her husband Kunal Kemmu. She had expressed about five years of their marriage; they had become more mature and understanding for each other. She had shared: “There was a time when I would try to change Kunal and wanted him to behave the way I expected. But, over time, I realised that he is who he is, and I am who I am, and we have learned to co-exist without trying to change each other.”