Dipika Kakar and Shoaib Ibrahim make for one of the most loved couples of the telly town. The duo met on the sets of Sasural Simar Ka and the two felt an instant connection and love brewed between them.  The two tied the knot on 22, February 2018 and they have been going strong ever since. The couple is having the happiest phase in their lives and their marriage just keeps getting better and stronger with each passing day.

Shoaib recently hosted a Q&A session with his fans on Instagram where a troll asked him if he finds Dipika irritating as she shouts so much. Shoaib had slammed the troll and said that Dipika is precious to him his family and their near and dear ones and he doesn’t care about the rest.

A troll asked, “Why Dipika shouts so much….Isn’t that irritating?” To which Shoaib had replied, “Irritating shayd aapke liye hoga but not for me, not for my family and not for the people who know what we are. It’s ok sabki apni apni pasand hai.” Shoaib added, “Mere liye, meri family ke liye aur unke liye jo use chahte hai unke liye anmol hai wo. For me, my family and for her fans, she is precious). Baaki ke log kya sochte I don’t even care.” 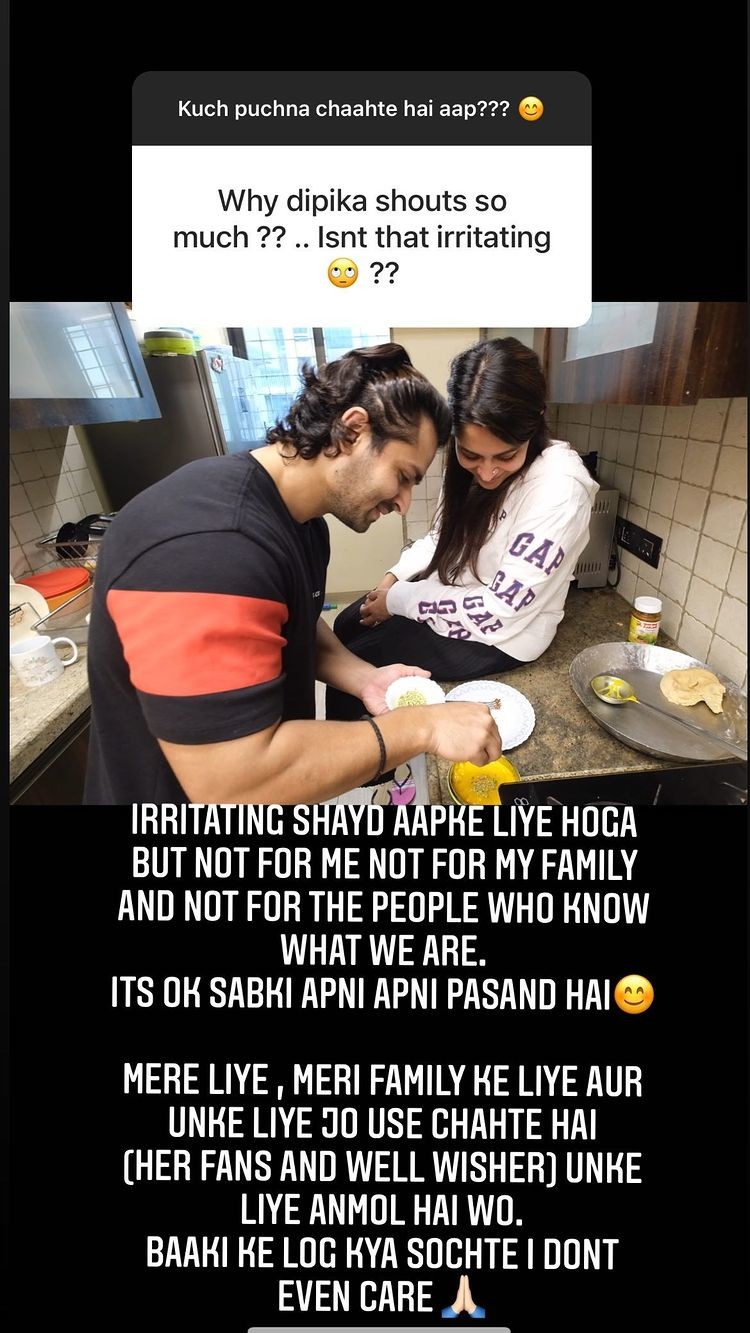 Earlier in an interview with TOI, Shoaib had opened upon how he deals with the constant trolling on social media. He had stated, “I have always believed that after God if anyone is important, it is my family. So, if they are not okay, then I make it a point to protect them.”

He had further added, “I have never paid any heed to negativity on social media, but if it goes beyond a limit, I try and give a befitting answer. Having said that, I do feel that there is a lot of goodness around, and most people are supportive and positive. Both Dipika and I are responsible and mature people, who handle such things quite well.”