On September 24, 2021, Shilpa Shetty took to her IG stories to share a snippet of a book that talks about recovering from difficult times. The note written in the bool could be read as “We’ve all heard that suffering makes us stronger that we learn from our difficulties. This may be true, but not in the simple way we might think. Difficult times don’t make us better; working through difficult times does. Suffering can force us to draw on strengths we never knew we had. Discovering these hidden strengths can then help us cope should difficult times come again. I hate bad times as much as anyone does, but I know I’m strong enough to get through them and recover from them.” 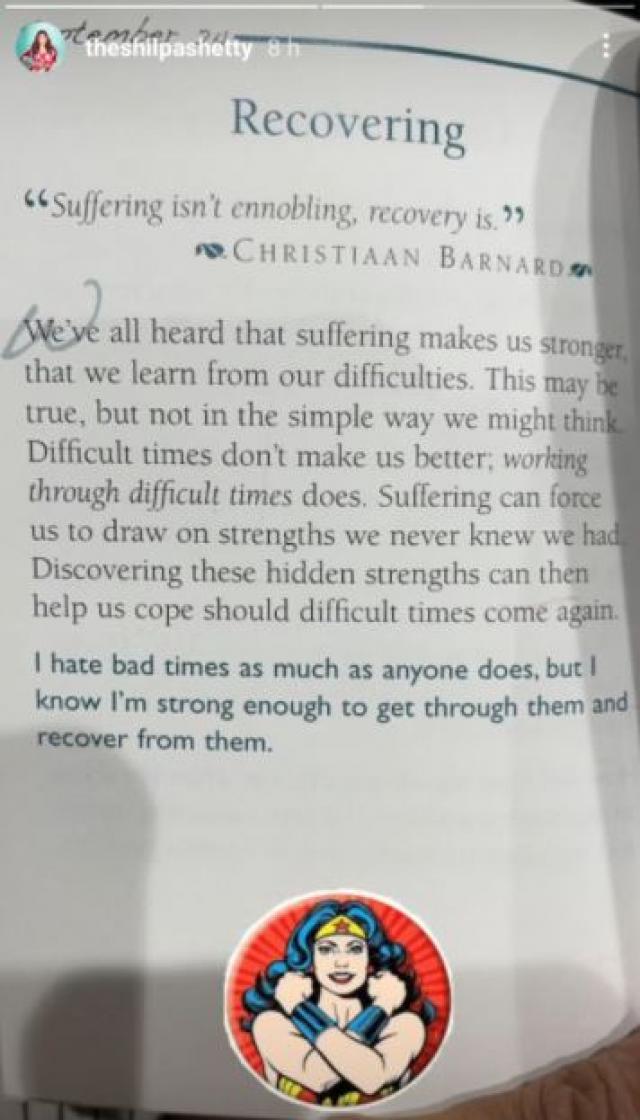 The last few months have been really challenging for Shilpa Shetty although the actress has always maintained the controversy. The actress was mercilessly trolled on and off for her public appearances but she did not let anything dampen her spirits. Talking about how she dealt with Raj Kundra’s arrest, Shilpa Shetty had earlier said, ” Yes! The past few days have been challenging, on every front. There have been a lot of rumours and accusations. A lot of unwarranted aspersions on me cast by the media and (not so) well-wishers as well. A lot of trolling/questions posed… not only to me but also to my family. MY STAND… I HAVE NOT COMMENTED YET and will continue to refrain from doing so on this case as it is subjudice, so please stop attributing false quotes on my behalf.” 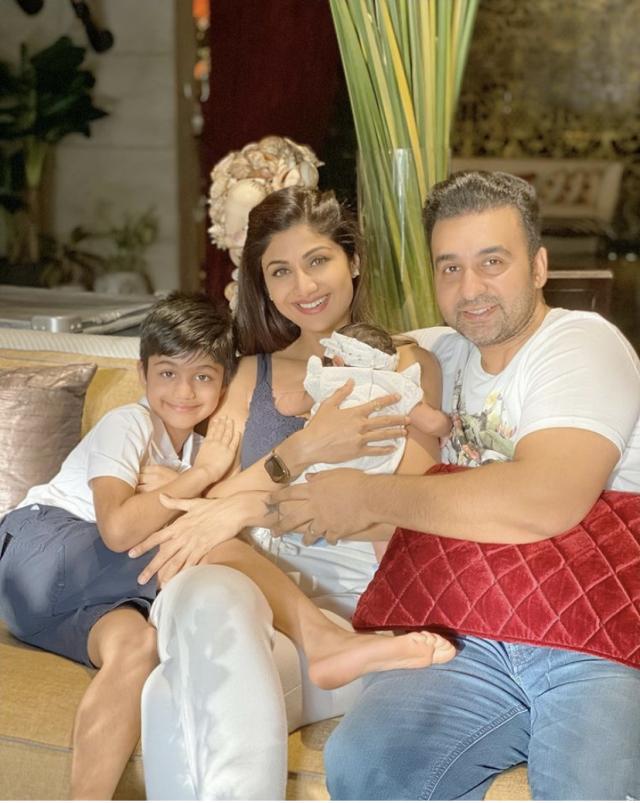 She continued, “Reiterating my philosophy of, as a celebrity “Never complain, never explain”. All I will say is, as it’s an on-going investigation, I have full faith in the Mumbai Police & the Indian judiciary.” She further added, “As a family, we are taking recourse to all our available legal remedies. But, till then I humbly request you – especially as a MOTHER – to respect our privacy for my children’s sake and request you to refrain from commenting on half-baked information without verifying the veracity of the same”.