The year 2020 will always be remembered as a year of death, tragedies and loss. It is the same year when the whole world was forced to be locked down, we lost our loved ones and our favourite artists too. In June last year, actor Shushant Singh Rajput who was known for his intelligence and brilliant acting skills was found dead in his apartment. 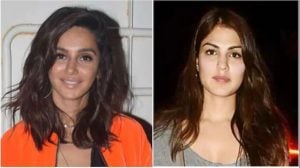 The sudden demise of this brilliant star left his fans and followers in deep shock and garnered a lot of attention from the media too. Shushant Singh Rajput’s girlfriend actress Rhea Chakraborty had to face a lot of accusations and media trials during the investigation of the case. Rhea Chakraborty along with her brother Showik was taken under judicial custody and had to face a lot of hate from the fans of Shushant Singh Rajput. A lot of celebrities too came forward and blamed her for allegedly supplying drugs to actor Shushant Singh Rajput. However, even after facing a lot of criticism from the press and the fans Rhea still had her close friends like Shibani Dandekar who stood by her side and supported her. 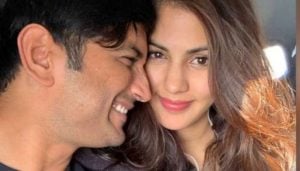 In an interview with Bollywood bubble, Shibani Dandekar opened about taking a side of her friend Rhea Chakraborty.  Shibani said that she doesn’t get bothered by trolling and hate and she still stands by it and is honest to her heart. “In the last few years, I have said things that I have needed to say and people haven’t reacted well to it. I’ve stood up for things that I felt were right, people haven’t reacted well to that. I’ve lost maybe a fanbase for it, I have lost followers for it but you know it is what it is. I can’t be apologetic for that. I need to do what I feel is right and what I can ultimately live with at the end of the day. I can’t live with anything else but that, so if this is what it is then this is what it is and if you lose a couple of million followers then be it. But it’s not a benchmark of how to live. I just feel like that needs to happen it’s enough now.” She said in the interview.

Shibani had supported Rhea Chakraborty when actor Shushant Singh Rajput’s death was being investigated by the CBI.