Katrina Kaif has been making headlines after her recent airport look went viral. The diva could be seen wearing a loose salwar kameez which left the netizens guessing if she is pregnant? In the video posted by Paparazzi, Katrina could be seen coming out of the airport with her face covered with a mask and is also wearing shades. 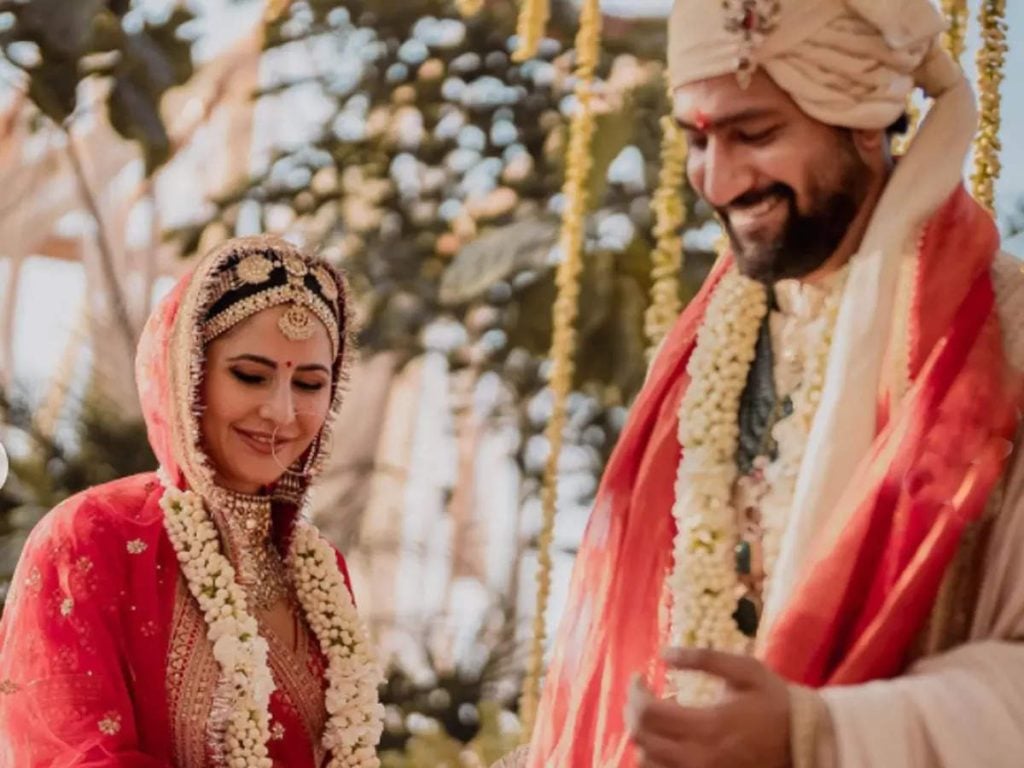 Katrina Kaif and Vicky Kaushal got married last year in a secret yet grand ceremony at Rajasthan’s Barwara fort. The couple every time makes their fans fall for them with their adorable pictures.

As soon As the video went viral, Katrina Kaif started trending as people started commenting on the video that she is pregnant. “She is definitely pregnant, so happy for the couple,” wrote one user. “Vicky would make the best dad in the world,” wrote another user. Mentioned another user, “She looks pregnant! Oh my god!”

Earlier, Katrina Kaif and Vicky Kaushal had made the heads turn with pictures from their vacation. The duo didn’t mention the name of the place where they went but the stunning beachside images of the couple looked stunning. In one of the pictures, Vicky was lying in lap of Katrina kaif. In another picture, Katrina Kaif was seen posing in bikini pictures with an oversized hat.

On the work front, Katrina Kaif will be next seen in Tiger 3 alongside Salman Khan. The actress had earlier released the teaser of the film in which she could be seen performing stunts.