Shahrukh Khan Poses With His Kids, Aryan Gives A Serious Look; Images Inside

Shah Rukh Khan’s lady love, Gauri Khan had posted a beautiful family picture on her Instagram wishing everyone a very Happy New Year 2020. Though Gauri khan was missing in that picture, it spotted Shah Rukh, Aryan, Suhana and Sanjay Kapoor. All were wearing similar hoodies. AbRam looked amazing in a red t-shirt, sky blue denim shorts, and a black cap, whereas Suhana Khan was seen in a short black dress. She was simply sizzling hot in her outfit with colored hair and golden heels. 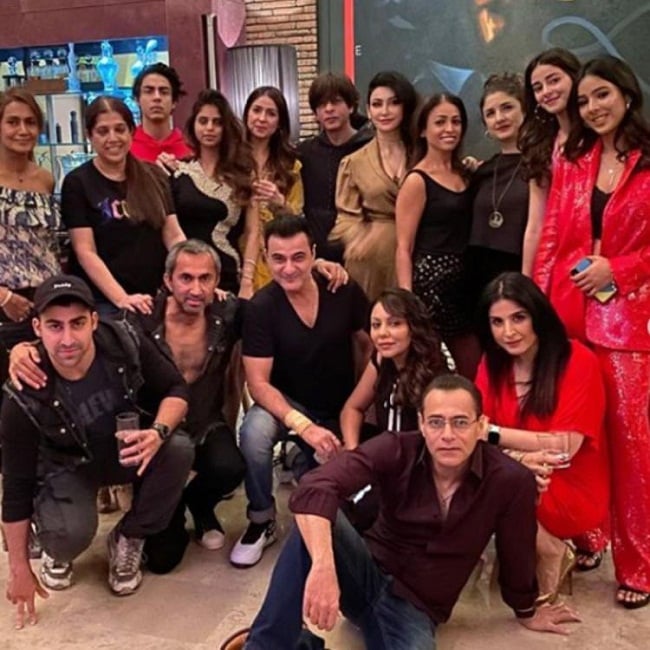 Khans hosted a mindblowing party at their house, Mannat and the New Year party was full of spark and glamour. Shah Rukh’s eldest son Aryan was spotted posing with Maheep Kapoor and younger brother AbRam. They coordinated a superb red and black combination. 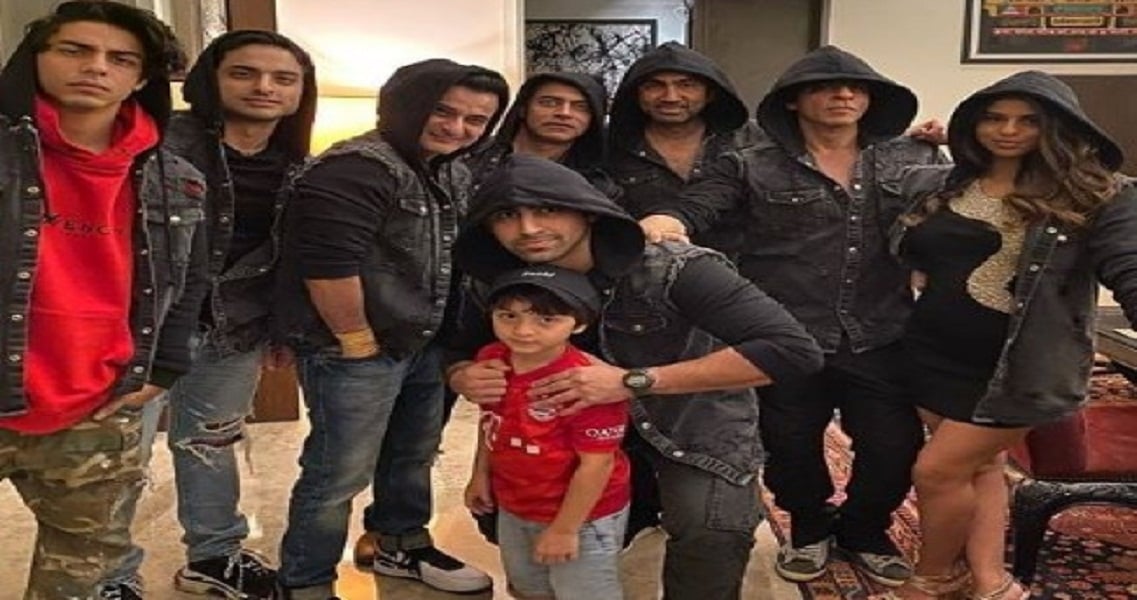 Being a celebrity kid is not an easy task to handle. Netizens keep a close look at each activity. Star kids have to pay a high price for having celebrity couples as their parents. Whether it be Ajay Devgn’s daughter, Kareena Kapoor’s son or it is Shah Rukh’s son Aryan, no one is left behind in getting trolled on social media. 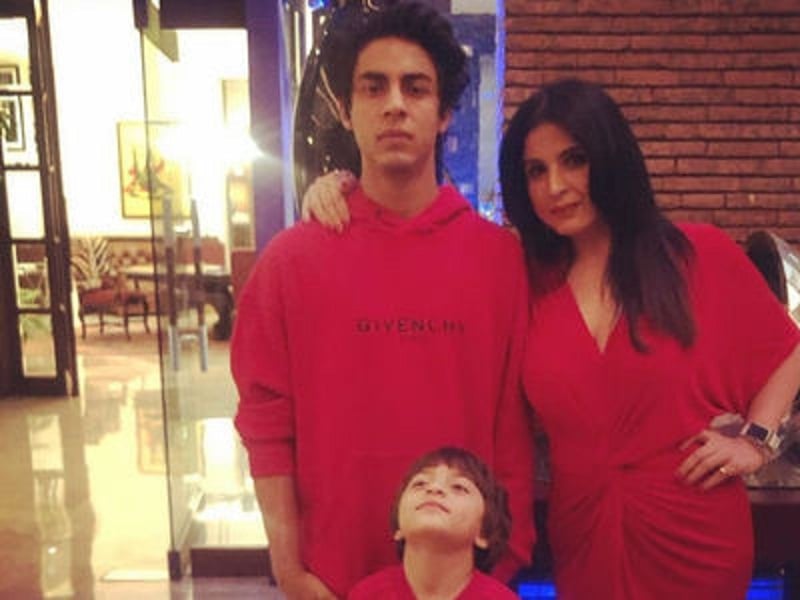 Aryan Khan, superstar Shah Rukh Khan’s elder son is one of those people who aren’t fond of gatherings, parties or even interacting with a lot of people. Nowadays he’s being trolled for his ‘not-so-happy’ pictures shared on social media during New Year’s Eve party.

Expressions of Aryan Khan suggests that he has produced the last 5 films of Shah Rukh Khan.. https://t.co/FoWRFBCWcP

Twitter is flooded with hilarious memes and comments like, “Why so serious?”. “Expressions of Aryan khan suggest that he has produced the last 5 films of Shah Rukh Khan.” wrote a user.  Another one added, “Aryan Khan after watching SRK’s film ‘Happy New Year’. LOL!”