See Why Abhishek Bachchan Is Gushing over Aishwarya’s New Look As Queen Nandini!

Ponniyin Selvan: I, an upcoming Indian Tami language period action drama film by Mani Ratnam is going to be released in theaters in multiple languages on 30 September. This piece of art is co-written by Elango Kumaravel and B. Jeyamohan.  PS: I have one of the most experienced and talented casts: Vikram, Aishwarya Rai Bachchan, Jayam Ravi, Karthi, Trisha, Aishwarya Lekshmi, Sobhita Dulipala, Prabhu, R. Sarathkumar, Vikram Prabhu, Jayaram, Prakash Raj, Rahman, and R. Parthiban. 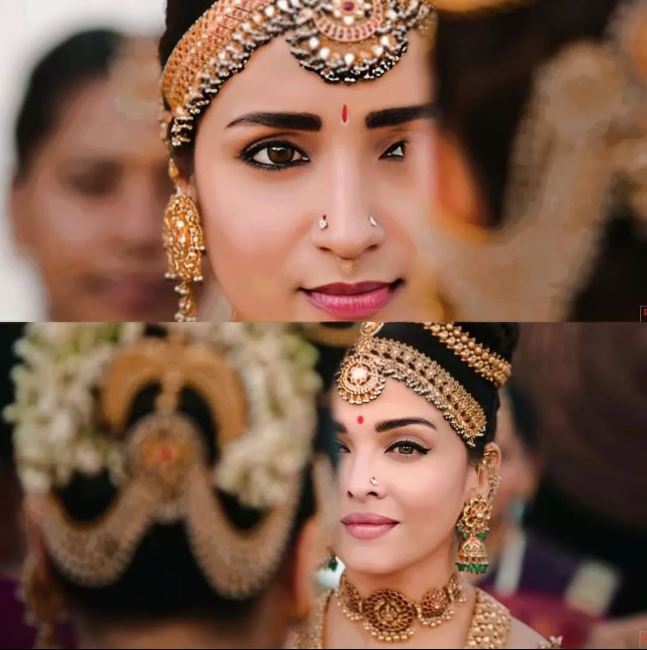 Recently the teaser of Ponniyin Selvan was released by the one and only Amitabh Bachchan. After which, the first looks of all the main characters were released. The teaser showcases the Chanakya dynasty- fight for the crown, raging war, and the big kingdom. Aishwarya Rai Bachchan who is getting back on the big screen after 4 long years mesmerized everyone with her first look as Queen Nandini. Last seen in the 2018 family drama ‘Fanney Khan’ with Anil Kapoor and Rajkumar Rao, Aishwarya will be performing in a dual role as Nandini a Pazhuvoor queen, and wife of Periya Pazhuvettaraiyar and Aditya’s love interest and young Nandini named Sara Arjun in PS – I. She is on a mission to seek vengeance.

All the Bachchan fans are gushing over the Bachchan daughter-in-law’s look as Nandini. Especially Abhishek Bachchan who has gone head over heels after watching his wife look so mesmerizing. Junior Bachchan took to Instagram stories where he reshared his wife’s post and dropped a heart emoji.  Nandini leaves the audience spellbound with her beauty as netizens recall Jodha from the movie ‘Jodha Akbar’. Fans called her “the epitome of beauty.” Netizens and the Bachchan family say that they can’t wait to see her on the big screen.

Aish shared the first look post on her Instagram handle and wrote, “Vengeance has a beautiful face! Meet Nandini, the Queen of Pazhuvoor! #PS1 releasing in theatres on 30th September in Tamil, Hindi, Telugu, Malayalam, and Kannada.” The first-look poster shows Aishwarya as a bejeweled Queen resplendent in a sari,  with her hair flowing and eyes dreaming. The actress is flaunting her maang-tika and nosepin while looking away from the camera. On March 2, the actress shared a poster on her Instagram handle with the caption, “The Golden Era comes to the big screens on Sept 30th!”