Kiara Advani is one of the most famous and talented actresses in the tinsel town of Bollywood. This year, Kiara has had two successful films at the box office, including the horror-comedy Bhool Bhulaiyaa 2 opposite Kartik Aaryan and the family drama film JugJugg Jeeyo with Varun Dhawan. Shershaah actress has a great fan following across the globe. She is an active social media user. She shares a glimpse of her personal and professional life with her fans often.

Speaking of which, a few hours ago, Kiara took to her Instagram story to share a script from SatyaPrem Ki Katha. She informed her fans that she has started prepping for her upcoming film which stars Kartik Aaryan. This is Kiara and Kartik’s second on-screen collaboration after Anees Bazmee’s Bhool Bhulaiyaa 2. In the film, Pyaar Ka Punchnama actor will play the role of Satyaprem and Kabir Singh actress will be seen as Katha. 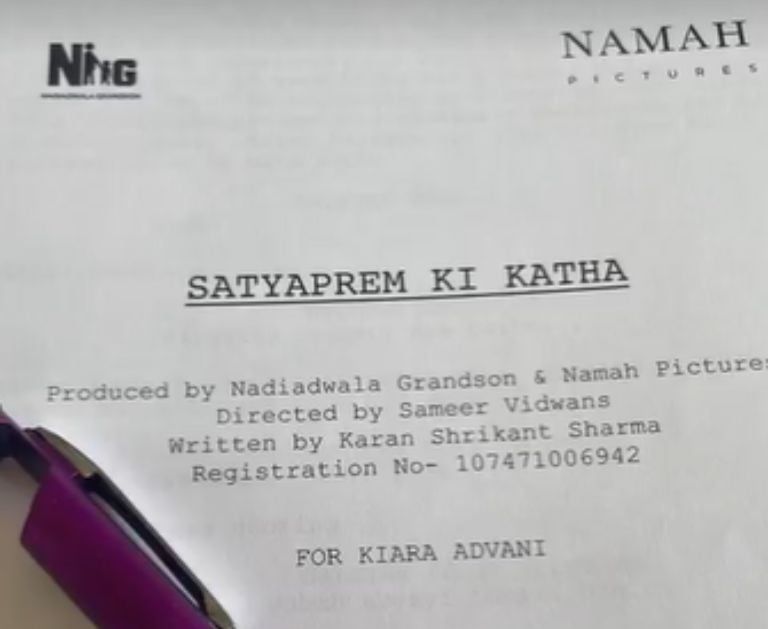 SatyaPrem Ki Katha is produced by Sajid Nadiadwala in association with Namah Pictures. On Kiara’s birthday, Kartik shared the first look of their upcoming film and posted stills from the film. He wrote, “Happy Birthday Katha !! Tumhaara SatyaPrem (red heart emoji) #SatyapremKiKatha @kiaraaliaadvani.” In it, she is seen holding the actor around his neck. The title of the film was changed, earlier it was called Satyanarayan ki Katha, and now it has been changed to SatyaPrem Ki Katha. 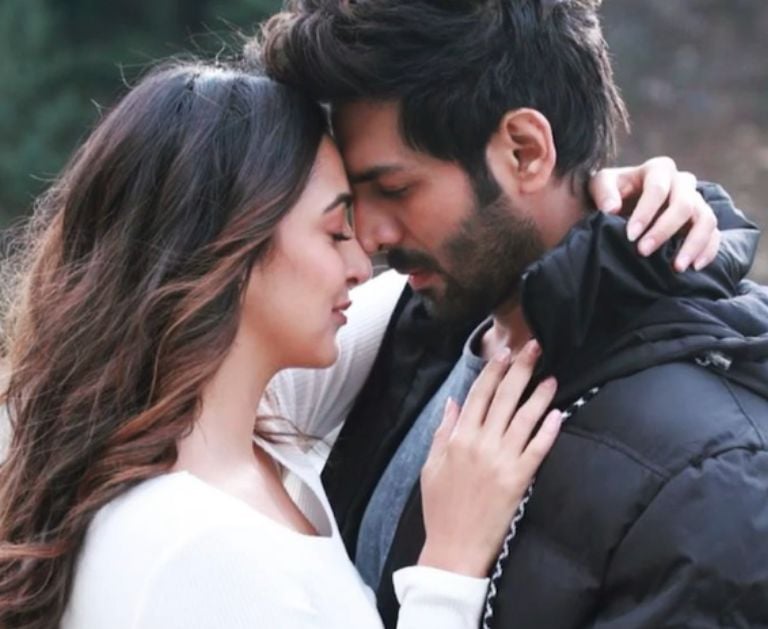 However, a source reported that Kiara will reunite with Sidharth Malhotra for Shashank Khaitan’s rom-com with Karan Johar.. Kiara will be next seen in Govinda Naam Mera with Vicky Kaushal and Bhumi Pednekar. She will next star in RC-15. It is a Telugu film.

Alia Bhatt Has Her Picture With Beau Ranbir Kapoor As Screensaver On Phone; Alia Too Is That Of Lovey-Dovey Kinds; Watch Video
Ananya Pandey Gets Annoyed While Posing For The Cameras, “Wo Nhi Ayegi, Me Kya Kru”
Somy Ali Reveals Traumatic Bollywood Experience; Claims, ‘A Couple Of Directors Tried To Have Sex With Me’: Deets Inside
Kiara Advani Dismisses Breakup Rumours By Sharing A Pic With Sidharth Malhotra From ‘Shershaah’ Checkout Here!