The first look of Samantha Ruth Prabhu was revealed on Monday. Sharing the first look of the poster, the actress wrote, “Presenting.. Nature’s beloved.. the Ethereal and Demure.. “Shakuntala” from #Shaakuntalam.”

As the movie is based on Mythological drama, Samantha could be seen dressed in white saree and ornaments made of flowers. The actress seems to be surrounded by animals and birds, and has a pitcher next to her. According to the mythology, Shakuntala was the daughter of Rishi Vishwamitra and Meneka. She lives in a forest. The beauty meets King Dushyant in the forest and they both fall in love with each other. Dushyant promises to return to her but forgets about it because he gets cursed by a sage. Earlier, talking about Shaakuntalam, Samantha had said, “I have never heard of such a script with so much detail. There is no reference to the film. Everything about the film is in the director’s head. So, I am extremely excited to be part of this project and want to make the director’s vision come true.”

The movie is written and directed by Gunasekhar and stars Dev Mohan and Allu Arjun’s daughter Allu Arha in lead roles. The film is produced by Neelima Guna and Dil Raju is the presenter of the movie. The film is cinematographed by Sekhar V Joseph and Mani Sharma is producing the music. The movie Shakuntalam will release in Telugu, Hindi, Tamil, Malayalam and Kannada. 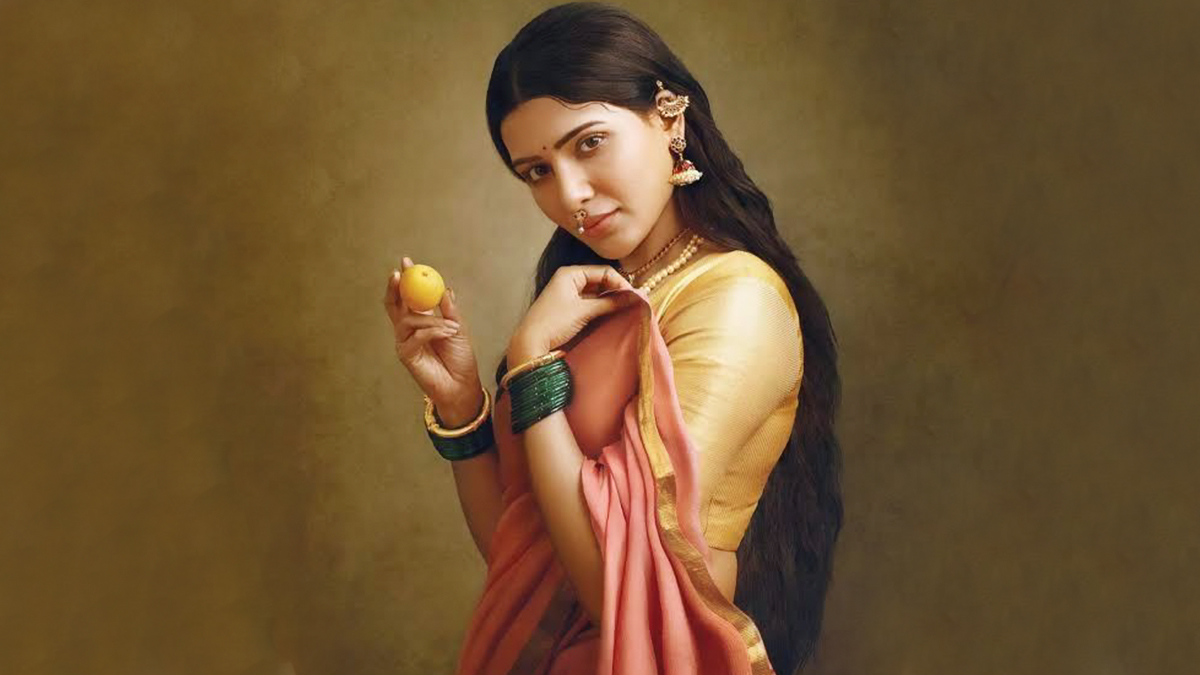 In 2020, Samantha rose to fame by playing the role of main antagonist Raji, a rebel leader from the Liberation Tigers of Tamil Eelam. She had played this role in the second season of the popular series “The Family Man”.