Kajal Aggarwal and Gautam Kitchlu are the happiest as they are all set to welcome their first child. The couple has been sharing pictures from their exotic vacation in Dubai where the actress is flaunting her baby bump. Kajal received a lot of love and applause for her pictures and her fans and followers are more than happy for the couple. 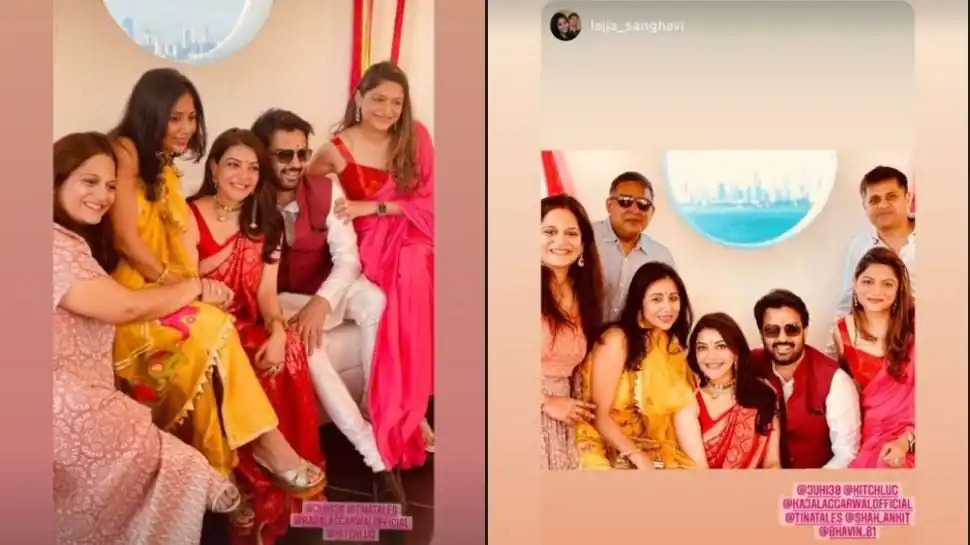 Recently, they again took the internet by storm by sharing their God Bharai pictures (Baby shower ceremony). Recently, the couple shared their pictures in traditional wear where Kajal is donning red saari whereas Gautam is seen wearing kurta pyajama along with the red jacket. The couple is undoubtedly looking drop-dead gorgeous in ethnic wear and is posing for the camera with the brightest smile.

Kajal took to her Instagram handle and posted a picture in which she could be seen wrapping her hands around Gautam. The couple is looking straight into the camera and grinning adorably.

While sharing the pictures, the actress wrote, “Thank you for the 21 million love, my insta family. I love you right back 21 million times over! #strongertogether”. Meanwhile, the actress will be back on the silver screen after giving birth to her first child.