Shraddha Kapoor Is All Set To Tie The Knot With Rohan Shrestha? Here’s What Her Aunt Padmini Kolhapure Has To Say

Shraddha Kapoor is one of the most talented actresses in B’town today and the gorgeous diva already has many projects in the pipeline. It seems that there’s no time for love and romance in her life but she has often been spotted with her rumored photographer boyfriend  Rohan Shrestha. The two have been with each other for quite a long time now and reportedly both can tie the knot anytime soon. 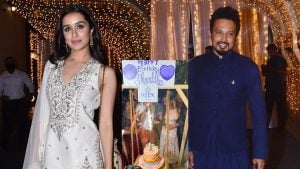 In a conversation withIndia.com, Priyaank Sharma and yesteryear superstar Padmini Kolhapure who are also an aunt and cousin of Shraddha dropped some hints. Talking about Shraddha’s plan to get married Priyank said, “I am going to say no comments, main kya bolun yaar (what should I say now). But yes, if you say looking forward to it, then obviously, weddings are good to look forward to. The more the merrier, why not!” 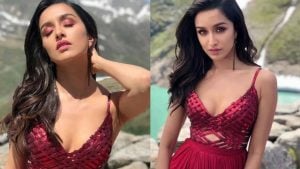 However, both Shardha and Rohan haven’t come out in public and accepted the relationship but still there dating rumors are rife in the tinsel town.