Saif And Kareena’s Holiday Pictures Are Too Good To Be Missed Out: See Here!!!

Kareena Kapoor Khan along with Saif Ali Khan, Taimur Ali Khan Pataudi, and Jehangir Ali Khan Pataudi are having a blast on their Italian vacation. Kareena Kapoor who is a social butterfly has been updating millions of fans of not only the couple but their two babies, by sharing beautiful vacation pictures of them having fun. Kareena is seen posing at the Ponte Vecchio, Italy, in her recent stories. 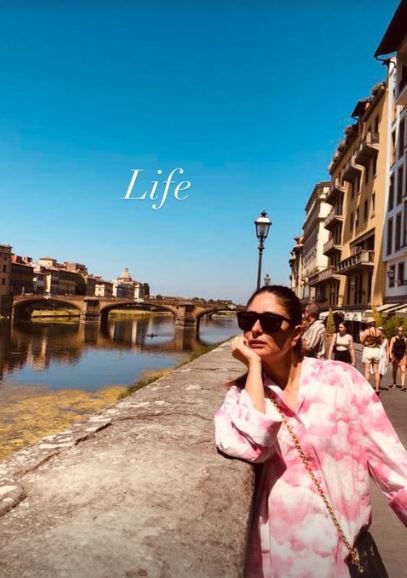 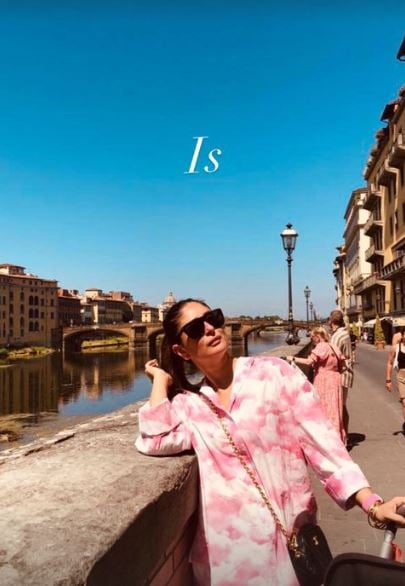 In the series of four pictures, Kareena is posing with Jeh. She is sported in a pink and white co-ord set and completed her look with a pair of shades. Baby Jeh is seen with a lollipop in his hand while the mother-son duo posed for a sunkissed picture. The actor wrote, “Life is beautiful in Ponte Vecchio.” 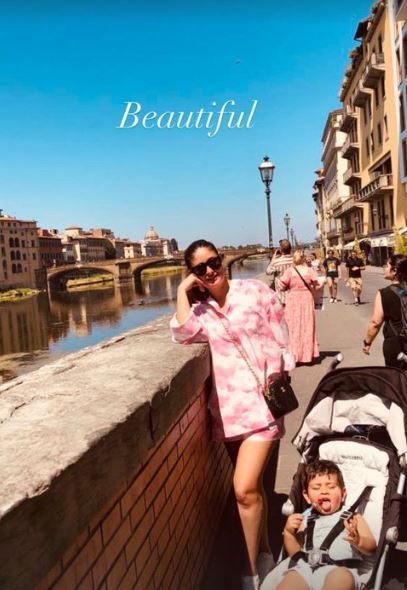 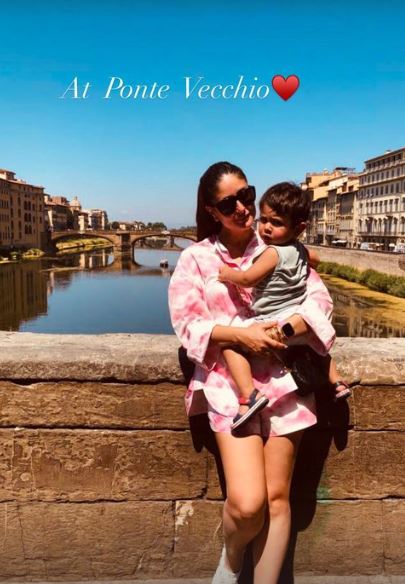 In another set of pictures she posted, the actor is seen posing with her elder son Taimur and wrote, “The messy Gelato series with Tim.” Kareena wore a yellow striped co-ord with a pair of glasses and looked stunning. The mother-son duo is seen enjoying Gelato with Tim struggling with the dish.

Kareena never fails to show her love for her husband. In every series of pictures, she shares at least one picture of Saif. In one of the pictures, Saif and Taimur are seen riding on a pink unicorn float ride in a pool while in the other, Saif is seen having drinks and looking away from the camera. She captioned the story by saying, “Quite a view this evening.” 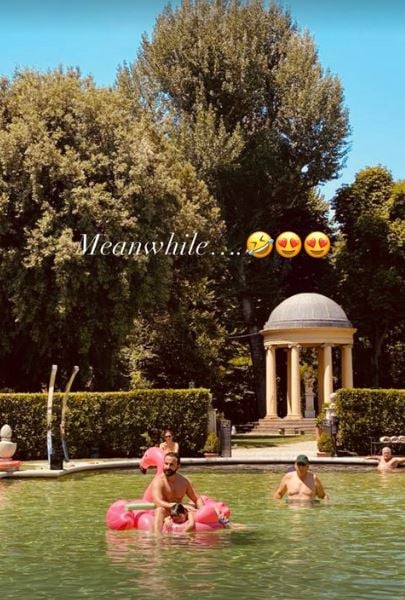 The Pataudis have been vacationing for a long time now and have been sharing beautiful pictures of the same. They were in London for a while before they reached Italy. Kareena shared pictures from London as well.

On the work front, Kareena recently wrapped her OTT debut, which will stream on Netflix. The actress will also be seen in “Laal Singh Chaddha” co-starring Aamir Khan which is scheduled to release on 11 August. On the other hand, Saif will be seen sharing screen space with Hrithik in “Vikram Vedha.” It is a remake of the 2017 Tamil blockbuster of the same name, which starred R Madhavan as a cop and Vijay Sethupathi as a gangster.