Priyanka Chopra ‘Celebrated Life’ With Nick Jonas On A Yacht As They Welcomed The New Year. See Inside

Globally loving couple Priyanka and Nick always celebrate special days with each other and amazed their fans with their love for each other. On new year’s eve, they were seen together to welcome the new year with friends and family on a Yacht. Priyanka Chopra has shared glimpses of pictures from her New Year outing with Nick Jonas. The couple celebrated on a yacht with friends as they welcomed the year 2022. 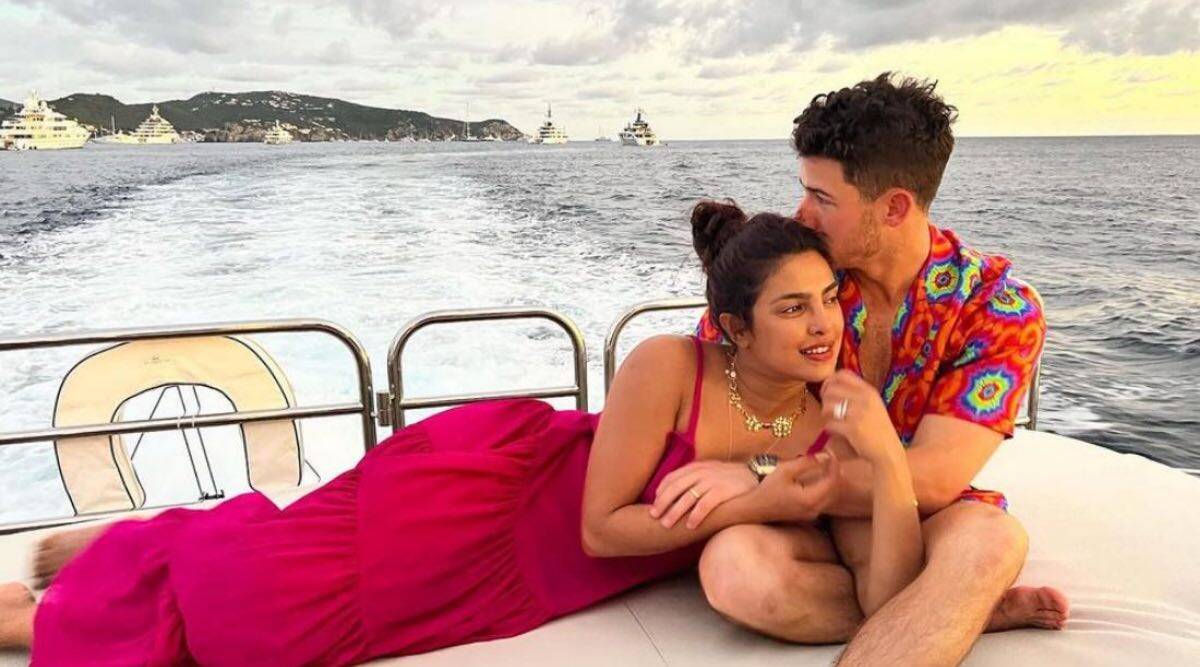 Priyanka Chopra has shared a glimpse of how she rang in the New Year with her husband Nick Jonas and their friends. The actor was in “heaven” as she soaked up some sun while resting in the arms of her husband on a yacht and raised a toast to the New Year. Sharing a few pictures from her New Year outing on Instagram, Priyanka wrote, “Photo dump* So grateful for friends, family, and friends.

Here’s to celebrating life. #2022 #happynewyear. Adore you @natasha.poonawalla.” She tagged “Heaven” as the location in the post. In the first picture Priyanka Chopra in a pink maxi dress, lying on a yacht’s deck while resting her arms on husband Nick Jonas’ lap, who wore a colorful shirt. The second picture shows Priyanka sunbathing in an orange bikini while the third shows her raising a toast at sea. One picture also shows Priyanka wearing ‘Happy New Year’ glasses and dining with Nick. Another gives a glimpse of a jacuzzi on the yacht. 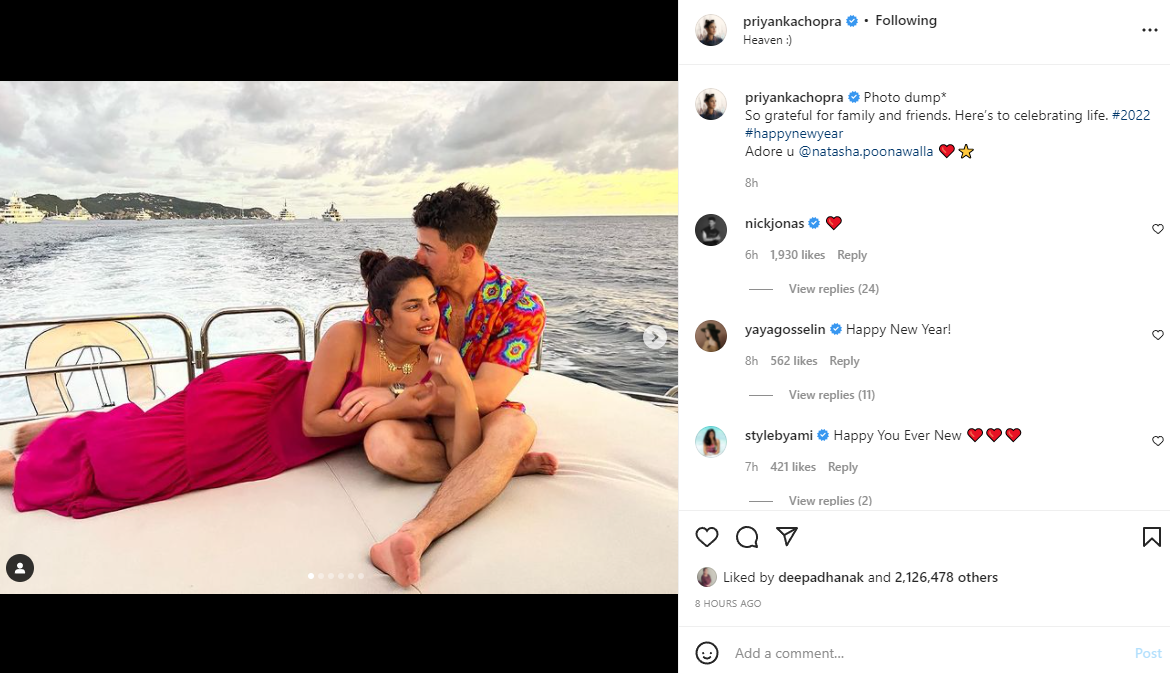 Early, Nick Jonas had shared a picture of their New Year celebrations. He had shared an intimate picture of him kissing Priyanka Chopra while some party decor was seen in the background. “My forever New Year’s kiss,” he had captioned. The actress Priyanka Chopra’s film, The Matrix Resurrections released in theaters last year. She plays the role of Sati in the movie that stars Keanu Reeves and Carrie-Anne Moss in the lead roles besides Jada Pinkett Smith, Yahya Abdul-Mateen II, and Neil Patrick Harris in prominent roles. 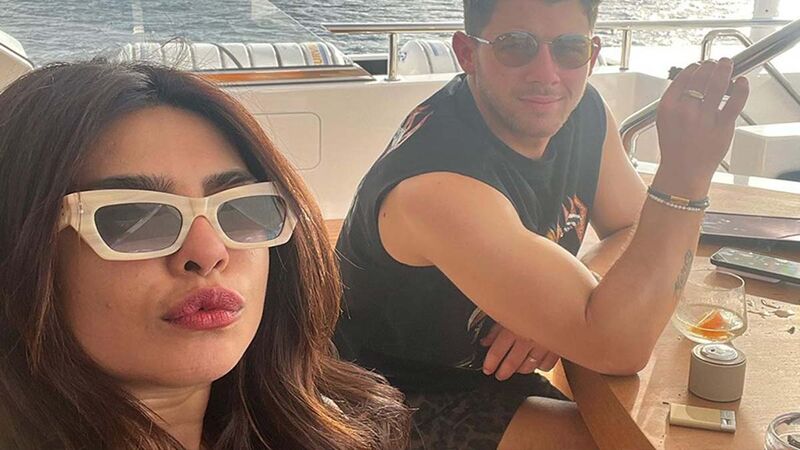 Recently, Priyanka Chopra was seen in The Matrix Resurrections with Keanu Reeves. Priyanka Chopra remained busy with the promotions of the film throughout December. She will next be seen in the Russo brothers-produced Citadel, and in Farhan Akhtar’s direction Jee Le Zaraa.