Congratulations are in order for actress turned politician Nusrat Jahan as she welcomed a baby boy on August 26, 2020. The actress had recently announced her separation with husband Nikhil Jain with whom she tied the knot in 2019. And she also called her marriage with Nikhil Jain “not a marriage but a live-in relationship” which had landed her amid controversies as her marriage was a lavish affair with West Bengal’s chief minister Mamata Banerjee and several other A-listed actors of the Bengali film industry in attendance.

According to a report in PTI, the actress embraced motherhood after welcoming a baby boy. She was admitted to a private hospital in Park Street in Kolkata on 25th August 2020 and she gave birth to a baby boy the next day at 12.20 pm.  Both the mother and the baby are doing fine.

Nusrat’s estranged husband Nikhil Jain also gave his blessings to the newborn baby. He said that there might be differences between them but he wishes all the best for the mother-son duo. He said, “I wish the baby boy has a bright future.” 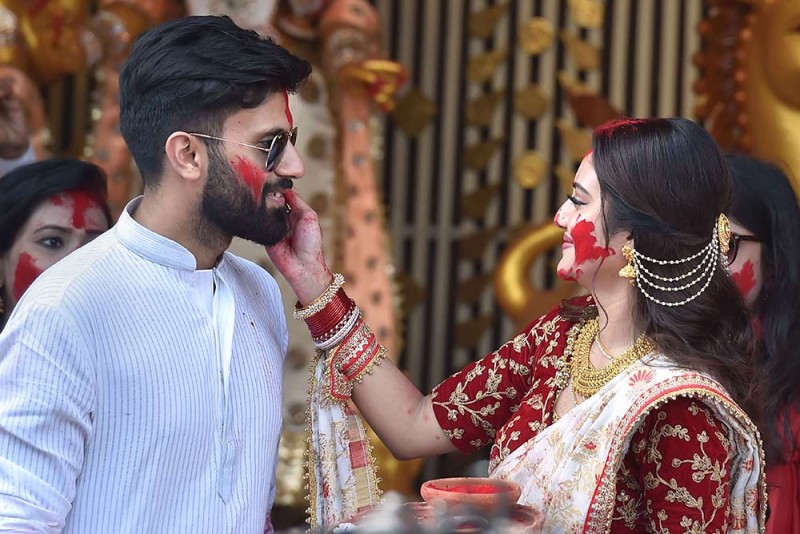 Here’s extending our heartiest congratulations to Nusrat Jahan and her little munchkin!