Singer Nick Jonas and Global star Priyanka Chopra are one of the power couples who are adored by millions of fans. The couple is the epitome of love for the youngsters who look up to them for a perfect relationship. Priyanka and Nick always try to get back to each other despite having crazy work schedules, the singer and actor are a perfect match for each other. And, now Nick has accepted this in front of the thousands of fans in a concert. 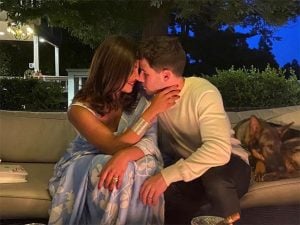 The couple tied the knot to eachother in the year 2018 in India and has been inseparable ever since. While Priyanka has accepted that Nick is the first person to celebrate her achievements. Nick, on the other hand, chose a concert to express his feelings for his wife. It seems that the singer was missing his wife way too much while performing concerts with his Jonas brothers Kevin and Joe. 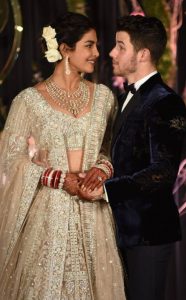 In the middle of the concert, Nick took the mic and talked about his marriage and said that Priyanka is a perfect life partner. “Marriage is by far the best decision I ever made, thankfully I found the absolute perfect life partner.”  As Nick said these lines, his brothers in the background raised the roast for them and applauded them.

Earlier in an interview, Nick had mentioned that he feels blessed to have Priyanka Chopra as his life partner. “It’s just that magical connection you’ve got with somebody when it’s right. We’re very lucky. We knew each other well before we started dating properly, and I think that foundation as friends always helps in relationships that have evolved in an organic way,” he said.