Shah Rukh Khan’s family is going through a lot ever since his son Aryan Khan has been arrested in an alleged rave party. The NCB had raided and busted an alleged drug party on a cruise ship that also had Aryan Khan and seven other people as guests. Later, Aryan along with his associates were taken to NCB custody for further investigation and after producing the accused in front of the court, the star kid along with others was sent to Arthur Road jail. 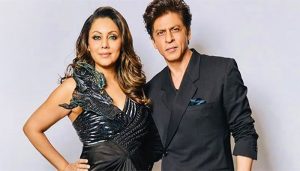 The bail plea of Aryan has already been rejected twice and is now extended till October 20th. After a lot of arguments, it was expected that the court will give its final verdict, and SRK’s son will get bail in the drug case. But, nothing of this sort happened and the court has decided to reserve their final order after 6 days. 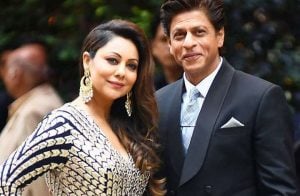 Meanwhile, Shah Rukh Khan and Gauri Khan are not in a good state at their house are stressed out for their son. According to a report by India Today, Gaur Khan has kept a special ‘Mannat’ for his son to come back home and has quit sweets. Gauri is also constantly praying for Aryan Khan to get bail and come back home. Shah Rukh Khan on the other hand has sent a money draft of Rs 4,500 to his son inside the jail, with which he would be able to purchase food and water.

Shah Rukh Khan and Gauri are also receiving massive support from Bollywood. The family’s close friend Salman Khan along with his father Salim Khan is seen visiting SRK’s house frequently. Interestingly, the lawyer Amit Desai is the same person who had represented Salman Khan in the infamous 2002 hit and run case. Aryan Khan has been kept in a separate barrack from other jail inmates at Arthur Road jail for security reasons.