The two superstars of the current generation, Alia Bhatt and Ranbir Kapoor are all set to tie the knot. The preparations for the wedding have already begun at Ranbir Kapoor’s Krishnaraj bungalow. The pictures of both stars houses decked up with lights are doing the round on the internet. The extended Kapoor family has already started reaching Ranbir’s house for the celebrations. 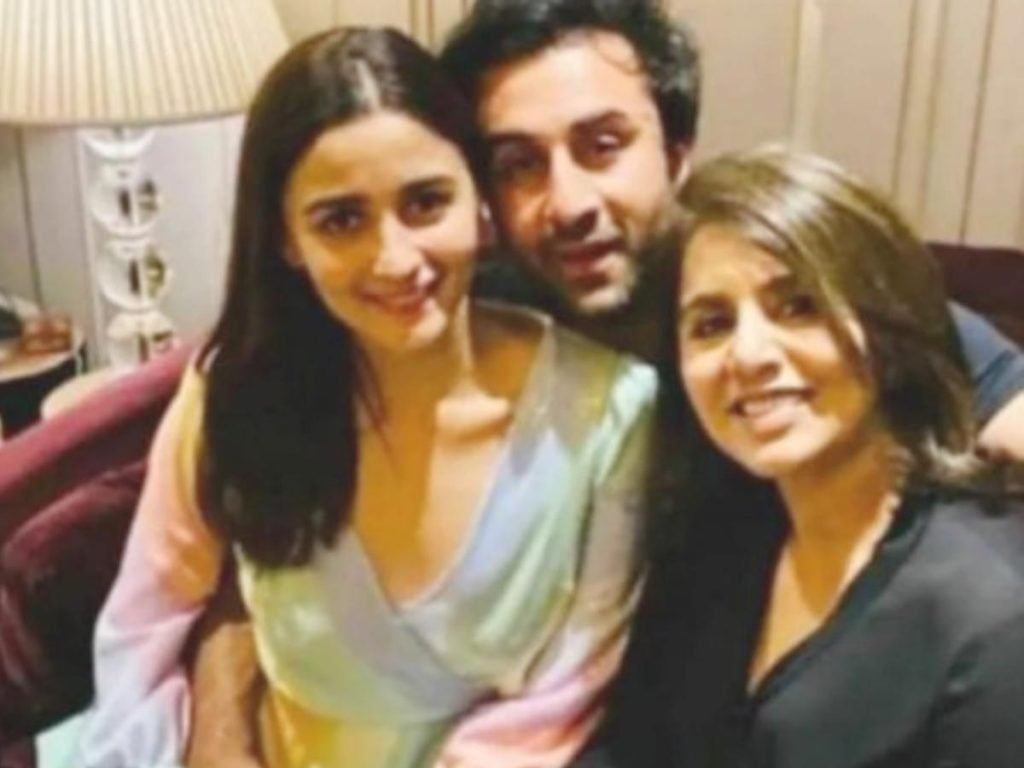 Yesterday, Ranbir Kapoor’s sister Riddhima was also spotted at the airport along with her husband and daughter. If reports are to be believed the celebrations have started from today and will continue for a week. On the auspicious occasion, Ranbir Kapoor’s mother Neetu Kapoor has shared a picture from her engagement with late actor Rishi Kapoor.

While sharing the picture Neetu wrote, “Fond memories of baisakhi day (eyes filled with red heart emoji) as we got engaged 43 years back on 13th April 1979 (five red hearts emojis).” Within minutes the comment section of the actress was filled with lovely comments from the fans of both the actors. People started remembering Rishi Kapoor and thanked Neetu Kapoor for sharing such precious memory.

“We miss him, he was a true legend,” wrote one user, “there can never be another Rishi Kapoor, his charm was so mesmerising,” wrote another user.

Recently, the late actor’s last film Sharmaji Namkeen was released on the OTT platform. The film was well-received by the audience who got to see their favourite star on screen for one last time. Neetu Kapoor, on the other hand is shooting for her dance reality show which she is juding.