Veteran actor Naseeruddin Shah criticized “fragments of Indian Muslims celebrating the return of the Taliban to power in Afghanistan” as dangerous. In a recent video, filmed in Urdu, the actor distinguished between “Hindustani Islam” and what is practiced in other parts of the world. 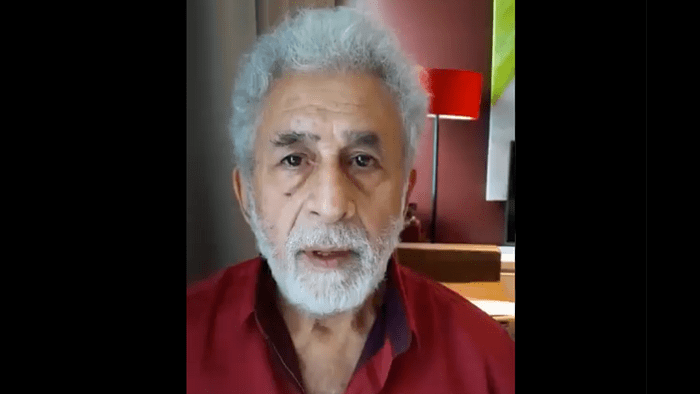 “Even as the Taliban’s return to power in Afghanistan is a cause for concern for the whole world, celebrations of the barbarians by some sections of Indian Muslims is no less dangerous,” Naseeruddin Shah said in a video shared on social media. He also went on to say that those who are celebrating the revival of the Taliban, should question themselves, “if they want a reformed, modern Islam (jiddat pasandi modernity), or live with the old barbarism (vaishipan) of the past few centuries.”

Absolutely! 💯
Taliban is a curse! pic.twitter.com/Bs6xzbNZW8

Naseeruddin Shah also differentiated between what he called “Hindustani Islam” and what is actually practiced in other parts of the world. He added, “May God not bring a time when it changes so much that we cannot even recognize it. He mentioned his own personal relationship with God, and that he doesn’t need political religion. “I am an Indian Muslim and as Mirza Ghalib said years ago, my relationship with God is informal. I don’t need political religion,” he said.

The Taliban returned to power in Afghanistan on August 15, taking control of government forces across the country, even as the United States was in the process of leaving the country.