Milind Soman wished his wife Ankita Konwar on her birthday. He has shared a picture with her as they posed together at 17,000 feet above sea level. Milind’s caption for her birthday special post suggested that they visited Kongmaru La Pass in Ladakh.

Dressed in jeans and a jacket, Milind also sported an Assamese gamusha for the picture. Ankita wore a yellow jacket and blue colored lower in the picture. In one picture they embraced each other as Milind sat with his arms around her legs as Ankita stood close. 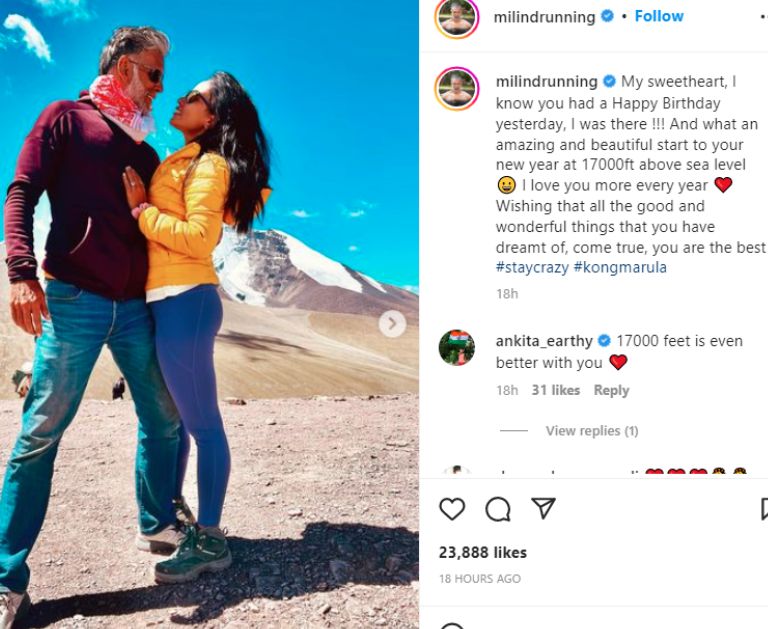 Milind Soman captioned it, “My sweetheart, I know you had a Happy Birthday yesterday, I was there.” He said that it was an amazing and beautiful start to her new year at 17000 feet above sea level. He expressed his love for her and wished for all the good and wonderful things to shower on her. On the other hand, Ankita replied that it is even better to climb 17000 feet with Milind. 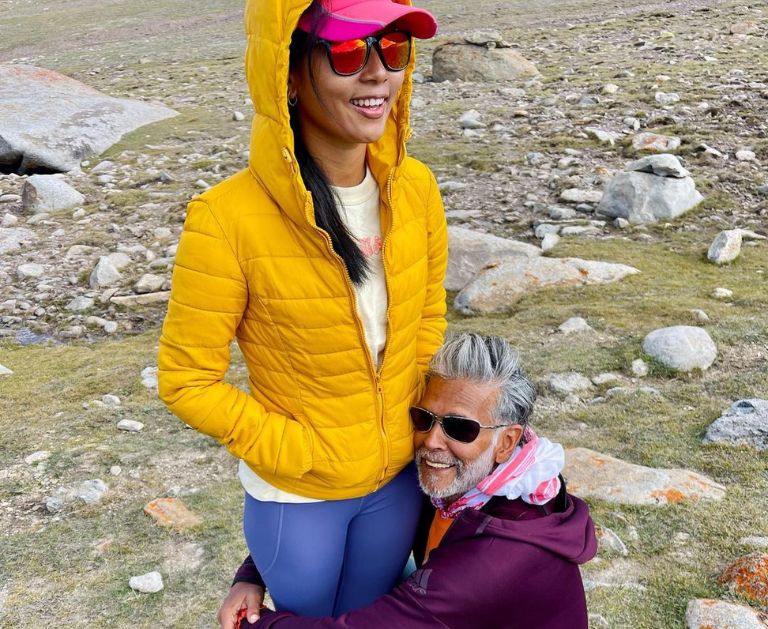 Ankita had earlier told about her first meeting with Milind. She was met in the lobby of a Chennai hotel when she was dealing with the tragic death of her lover. She had reservations about falling in love again, but he kept in touch and they dated for five years after that. Milind and Ankita got married in 2018. They first went for a traditional wedding in Alibaug and then got married barefoot under a waterfall in Spain.

Milind will be seen playing the role of Sam Manekashaw in Kangana Ranaut’s ambitious project, Emergency. She plays the role of former Indian Prime Minister Indira Gandhi in the film she is directing.